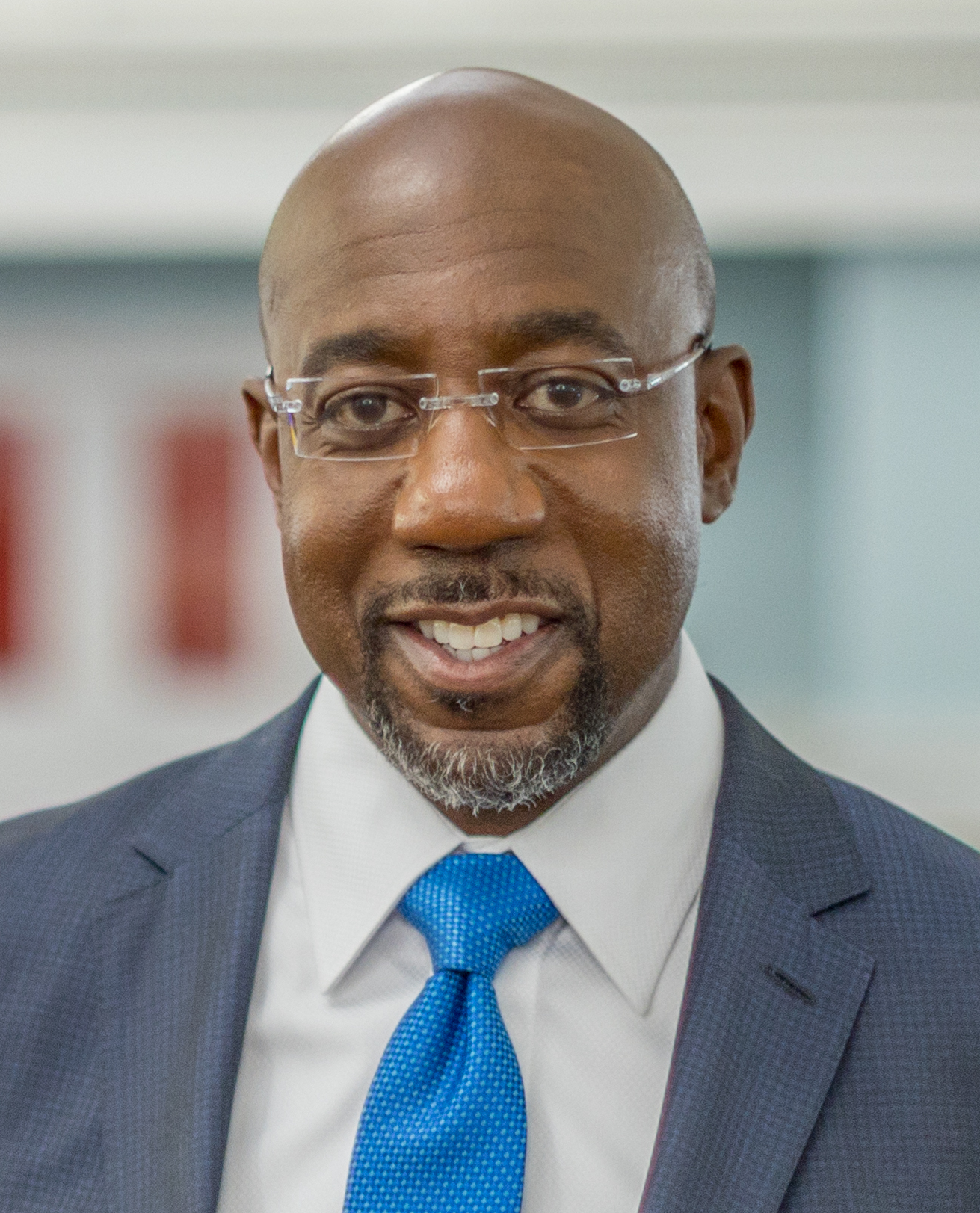 Raphael Gamaliel Warnock is the senior pastor at the historic Ebenezer Baptist Church, once led by Reverends Martin Luther King Sr., and Martin Luther King Jr, in Atlanta, Georgia. On January 5, 2021 he made history by becoming the first African American elected to represent Georgia in the United States Senate.

Warnock was born July 23, 1969, in Savannah, Georgia and grew up in the Kayton Homes, a public housing project. He is the eleventh of twelve children of two Pentecostal pastors, Jonathan Warnock, who is also a small businessman and World War II army veteran, and Verlene Warnock.

Warnock graduated from Sol C. Johnson High School in Savannah in 1987. While in high school, he participated in the Upward Bound program and enrolled in early college courses through Savannah State University. After high school graduation, Warnock attended Morehouse College and earned a Bachelor of Arts degree in psychology in 1991. Warnock earned a Master of Divinity, Master of Philosophy (1994), and Doctor of Philosophy (2006), all from Union Theological Seminary. After receiving his M. Div., he was ordained in the ministry. Warnock is also a graduate of the Leadership Program sponsored by the Greater Baltimore Committee, a graduate of the Summer Leadership Institute of Harvard University, and a graduate of Leadership Atlanta.

Warnock responded to the call of ministry at an early age. He began serving as an intern at the Sixth Avenue Baptist Church in Birmingham, Alabama. From there, he served for six years as the youth pastor and four years as assistant pastor at Abyssinian Baptist Church in New York City. In addition, Warnock served for four and half years as senior pastor of Baltimore’s Douglas Memorial Community Church. In 2005, he became the senior pastor at Ebenezer Baptist Church, in Atlanta, the fifth and youngest person named to that post at Ebenezer Baptist Church, which was founded in 1886. Under Warnock’s leadership, the church membership has grown dramatically.

Warnock is a member of 100 Black Men of Atlanta, Inc., a Lifetime Member of the National Association for the Advancement of Color People (NAACP), Alpha Phi Alpha Fraternity, Inc., and Sigma Pi Phi Fraternity. His many honors include the 2015 International Civil Rights Walk of Fame, Atlanta Magazine’s “Atlanta’s 55 Most Powerful,” Gospel Today magazine’s “New Kingdom Voices, and the Rainbow Push Coalition’s “Good Shepherd Award.” His work has been highlighted in the Atlanta Journal and Constitution, the CBS Evening News, CNN, and the Huffington Post. Warnock’s book, The Divided Mind of the Black Church: Theology, Piety & Public Witness, was released by New York University Press in 2014.

In January 2020, Warnock decided to run in the special election for the United States Senate seat held by Kelly Loeffler, who was appointed after John Isakson resigned in December 2019. On November 3, 2020, Georgia held a special general election on the same day as the regularly scheduled U.S. Senate election. All candidates, regardless of party, were placed on the same ballot. If no candidate received more than 50 percent of the vote, the top two finishers were to advance to a runoff election held on January 5, 2021. Warnock received the most votes with the incumbent coming in second place, and both advanced to the runoff election. Warnock defeated Loeffler on January 5.  He will hold the Senate chair through the remainder of Isakson’s term, until January 3, 2023. Warnock and his ex-wife, Ouley Ndoye, have two children a daughter, Chloe, and a son, Caleb.