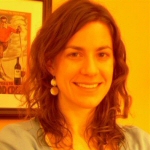 Jessie Kindig is an M.A. student of American history at the University of Washington in Seattle, focusing on twentieth-century American radicalism and social movements. She received a B.A. with departmental honors in American Studies from Barnard College at Columbia University in 2004. In addition to her academic studies, Jessie has worked as a research historian for Howard Zinn and Anthony Arnove’s Voices of a People’s History of the United States (Seven Stories, 2004) and “Rebel Voices,” the book’s theatrical adaptation by The Culture Project in New York City; Arnove’s Iraq: The Logic of Withdrawal (The New Press, 2006); and Ahmed Shawki’s Black Liberation and Socialism (Haymarket, 2006), among other titles.

Aaron Dixon was born in Chicago, Illinois on January 2, 1949.  He moved with his family to Seattle, Washington at a young age and grew up in the city’s historically black Central District. Influenced by his parents’ commitment to social justice, Dixon became one of the leading activists in the Seattle area … END_OF_DOCUMENT_TOKEN_TO_BE_REPLACED

The Southern Tenant Farmers Union (STFU) was founded in Tyronza, Arkansas in July 1934 by black and white tenant farmers and Socialist Party members.  The STFU is part of a rich tradition of labor organizing in the Depression-era South amongst mostly Black agricultural laborers. Since … END_OF_DOCUMENT_TOKEN_TO_BE_REPLACED

Moranda Smith was a union organizer and rank-and-file leader of tobacco workers in North Carolina, who throughout the 1940s initiated a challenge to the racial discrimination, disfranchisement, and economic exploitation of workers in the South. The first African-American woman to sit on an international union’s … END_OF_DOCUMENT_TOKEN_TO_BE_REPLACED

Miriam Matthews was the first African American librarian in the Los Angeles Public Library system.  Hired in 1927, she served in the library until her retirement in 1960 where she was instrumental in preserving the history and cultural heritage of black Angelenos. Miriam Matthews was … END_OF_DOCUMENT_TOKEN_TO_BE_REPLACED

The March on Washington for Jobs and Freedom, held on August 28, 1963 in Washington, D.C., was a landmark event for the early civil rights movement and is partly credited with winning the passage of the Federal Civil Rights Act of 1964.  Over 250,000 demonstrators … END_OF_DOCUMENT_TOKEN_TO_BE_REPLACED

The March on Washington Movement (MOWM) was the most militant and important force in African American politics in the early 1940s, formed in order to protest segregation in the armed forces. The hypocrisy behind calls to “defending democracy” from Hitler was clear to African Americans … END_OF_DOCUMENT_TOKEN_TO_BE_REPLACED

Between 1961 and 1964, the Student Nonviolent Coordinating Committee (SNCC) had led a voting registration campaign in Selma, the seat of Dallas County, Alabama, a small town with a record of consistent resistance to black voting. When SNCC’s efforts were frustrated by stiff resistance from … END_OF_DOCUMENT_TOKEN_TO_BE_REPLACED