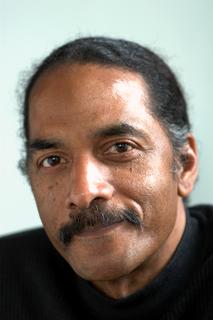 Aaron Dixon was born in Chicago, Illinois on January 2, 1949.  He moved with his family to Seattle, Washington at a young age and grew up in the city’s historically black Central District. Influenced by his parents’ commitment to social justice, Dixon became one of the leading activists in the Seattle area and a founding member of the Seattle chapter of the Black Panther Party.

While a student at the University of Washington, Dixon played a key role in the formation of the first Black Students’ Union (BSU), as well as the Seattle chapter of the Student Nonviolent Coordinating Committee (SNCC). Through the BSU, Dixon worked to organize BSU chapters and protests at Garfield, Franklin, and Rainier Beach High Schools.

In the spring of 1968, while attending the funeral of teenager Bobby Hutton in Oakland, California, Dixon met Bobby Seale who along with Huey P. Newton co-founded the Black Panther Party for Self Defense (BPP).  The Panther leadership was impressed by 19 year-old Dixon and he was given instructions to form the Seattle Chapter.   With his appointment as Captain of the Seattle Chapter, he formed the first branch of the BPP outside of California.

Dixon and his fellow Panthers were able to turn their Panther chapter into a thriving center of militant Black activism and community service in Seattle’s Central District.

From the Party’s headquarters on Yesler Way, Dixon and the Panthers created a free medical clinic (still in operation today as the Carolyn Downs Clinic), five breakfast programs for schoolchildren, the first free food bank in Seattle, a prisoner visitation program, and free legal services for poor people.  The Party also responded to calls from the community regarding police brutality and harassment.

By the 1970s, the Seattle chapter of the Black Panther Party had forged ties with other groups in Seattle’s activist community including the organizations leading the anti-Vietnam War Movement.  In 1972, Dixon, along with other Panther Chapter leaders from across the nation, moved to the Black Panther Party national headquarters in Oakland to work with directly with Bobby Seale, Huey P. Newton, Elaine Brown and other Panther leaders.

After the national collapse of the Black Panthers in the early 1970s, Dixon continued his social justice and community activism, working with youth around drug and gang violence. In 1977 he worked on the campaign of Lionel Wilson who was elected the first black Mayor of Oakland, California.  In 2002, he formed Harbor House in Seattle, which operated youth leadership projects in Seattle public high schools and provided housing for homeless youth.  In 2007 the Seattle Urban League gave him its annual Spirit Award for his work with Harbor House.

In 2006, Dixon ran an anti-war campaign for United States Senate on the Green Party ticket in opposition to Senator Maria Cantwell’s continued support for funding the Iraq War. Dixon’s campaign was controversial.  While Dixon and his supporters contended that a strong antiwar voice needed to be included in the race to reflect Washington State’s significant anti-Iraq War sentiment, others believed that he would “spoil” Senator Cantwell’s reelection bid and deliver the Senate seat to Republican Mike McGavick.  Ultimately Dixon’s campaign received only 1% of the vote.  Despite the defeat, Dixon continues to be a strong force among activists in the Pacific Northwest on civil rights, youth, and antiwar issues.

Interview with Dixon, focusing on his work in the Black Panther Party in Seattle:
University of Washington’s Seattle Civil Rights Project