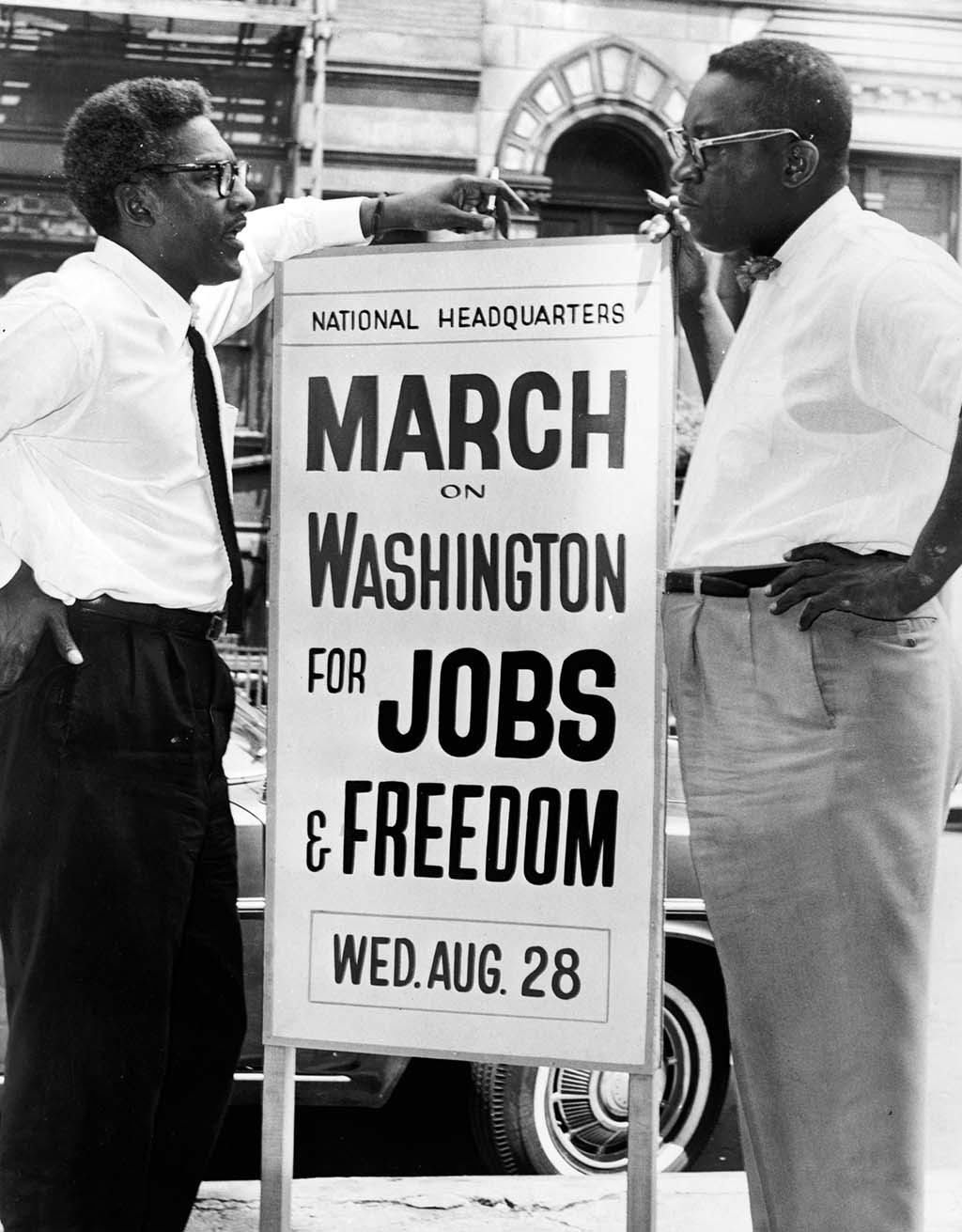 The March on Washington for Jobs and Freedom, held on August 28, 1963 in Washington, D.C., was a landmark event for the early civil rights movement and is partly credited with winning the passage of the Federal Civil Rights Act of 1964.  Over 250,000 demonstrators converged on Washington, D.C., in what was to that point the largest public protest in the history of the nation.

Throughout 1962, civil rights activists had been discussing the need for a large national demonstration to push for Federal legislation to combat discrimination. After the widely publicized protests in segregated Birmingham, Alabama, President John F. Kennedy went on record for the first time condemning racial injustice, and it seemed to be the perfect climate for a mass march. A. Philip Randolph, president of the Brotherhood of Sleeping Car Porters, proposed a mass march on Washington, D.C., modeled after his 1941 March on Washington Movement.

There were many competing ideas for the march. Randolph and the Negro American Labor Council (NALC) wanted to highlight the disproportionate poverty of black America, while the more militant wing of the movement, led by the Student Nonviolent Coordinating Committee (SNCC) and the Congress of Racial Equality (CORE), were disappointed at what they saw as President Kennedy’s lackluster support for the civil rights work they had been doing for years in the South and saw this as an opportunity to pressure the administration.

Kennedy himself feared that mass demonstration would hurt the chances of passage of a civil rights bill, and put pressure on National Association for the Advancement of Colored People (NAACP) executive secretary Roy Wilkins and National Urban League chief Whitney Young to limit the march’s objectives to support for the civil rights bills in Congress and nothing more. In the months leading up to the march, Kennedy, Wilkins, and Young did everything they could to ensure that the speeches made at the march would be temperate in tone and moderate in their calls.  In the push to make the march “respectable” rather than offensive to the administration and much of white America, the original economic focus of the march was lost.  John Lewis, chairman of SNCC and veteran of the 1961 Freedom Rides and lunch counter sit-ins, for example, was forced to rewrite his original speech, which called the Kennedy legislative agenda for civil rights “too little, too late.”

While the private organizing of the march highlighted the tension over strategies in and beyond the movement, the march itself, on August 28, 1963, was a tremendous success. “Freedom buses” were organized in hundreds of cities to bring people to Washington, D.C., and over 250,000 people—60,000 of them white— participated in the march. The protest culminated in a rally at Lincoln Memorial where Dr. Martin Luther King, Jr. gave his famous “I Have a Dream” speech.  The March on Washington was the visible symbol of the strength of the civil rights movement.