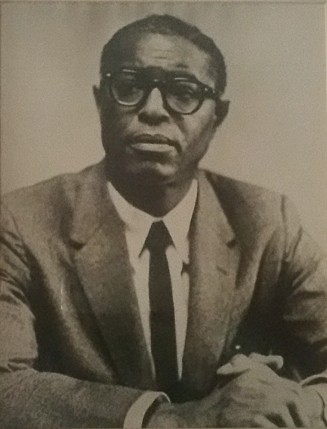 Livingston Leroy Wingate was a Harlem civic leader and a state supreme court judge in Manhattan, New York. Wingate was born on September 2, 1915 in Timmonsville, South Carolina, a small town of two thousand residents. Wingate lived with his father, a barber, and his mother, who did domestic work.  In 1938, when Wingate was just seven years old, his father moved the family to New York and died that same year. Wingate’s mother continued doing domestic work while supporting Wingate.

Wingate attended both middle school and high school in Harlem. Upon graduating high school, Wingate became a porter at Grand Central terminal, carrying luggage and doing custodial work for seven years. He then decided to attend St. John’s University, he took night classes while working as a skycap at La Guardia Airport. Wingate graduated with a bachelor’s degree from St. Johns University in 1946 and went on to receive his law degree from the same university in 1949.

After Wingate received his law degree, in 1950 he opened an office in Harlem and volunteered to do legal work for the National Association for the Advancement of Colored People. Shortly after, Wingate joined the law firm of Cooper, Ostrin & DeVarco, who were specialists in labor and admiralty for a few years. Wingate went on to become a partner of Weaver, Evans, Wingate, & Wright on Broadway.

After five years of being partner, Wingate was appointed to be associate chief counsel by Adam Clayton Powell, the chairman of the House of Committee on Education and Labor. Wingate accepted the appointment and went on to negotiate for a youth project in Harlem under a new legislation aimed at juvenile delinquency and crime. When Congress passed the Juvenile Delinquency and Youth Offenses and Control Act on September 21, 1961, Wingate successfully negotiated with the President’s Committee on Youth Crime for the establishment of a youth project in Harlem. He then served as an executive director of the Harlem antipoverty agency Haryou-Act then served as executive director of the New York Urban League from 1968 to 1975.

With the support of many of his colleagues, Wingate was appointed as a judge of Criminal Court of the city of New York in 1975. He served as a justice of the State Supreme Court in Manhattan from 1982 until 1985 when he retired. At 79 years old, Livingston Leroy Wingate passed away on May 30, 1995 at Mt. Sinai Hospital in New York after suffering a long-term illness. Wingate was survived by a daughter, Linda, and two sons, Anthony and Livingston Jr.