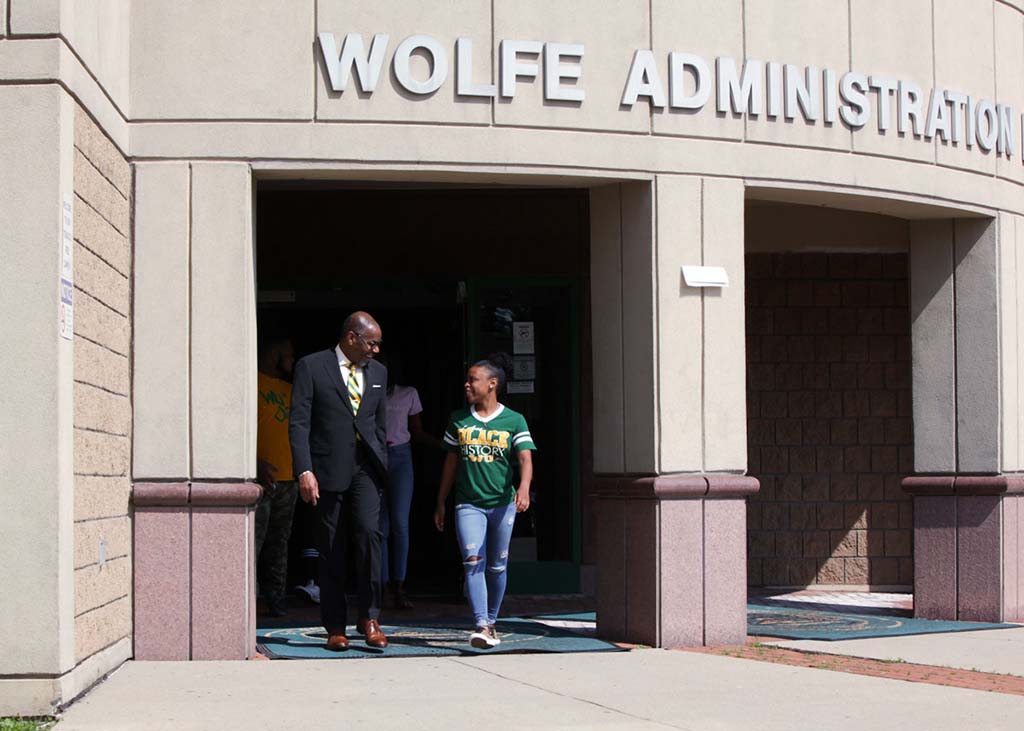 Wilberforce University was established near Xenia, Ohio in 1856 as a joint venture between the Methodist Episcopal Church and the African Methodist Episcopal Church. Named after 18th century abolitionist William Wilberforce, it was the first private, historically black university in the United States. It was built to support the abolitionist cause and to offer African Americans a college education. Many of its original students were the biracial children of Southern white slave owners.

Wilberforce University was forced to close temporarily in 1862, when a number of its patrons and students became involved in the American Civil War, supporting and joining the Union Army.

In 1863 the African Methodist Episcopal Church, through the efforts of Bishop Daniel A. Payne, acquired ownership of the university and reopened it as a private university. Payne became the university’s first president and the first African American college president in the United States. During his thirteen years in the position, he assembled a diverse faculty to train students in teaching, theology, and the practice of law.

In 1887 the State of Ohio began to help fund Wilberforce University and established a combined normal and industrial department (which would later become the university’s sister school, Central State University). Because of state aid, the Theology Department became a separate institution, the Payne Theological Seminary.

Today Wilberforce is a four-year, fully accredited liberal arts university. It offers more than twenty degree programs and awards Bachelor of Arts, Science, and Master degrees. It is also one of only two four-year universities in the United States that includes a mandatory cooperative education program in its graduation requirements. The college has experienced steady growth over the last several decades, and is a member of the United Negro College Fund, the NAIA athletic conference, and participates in the OhioLINK  library consortium.