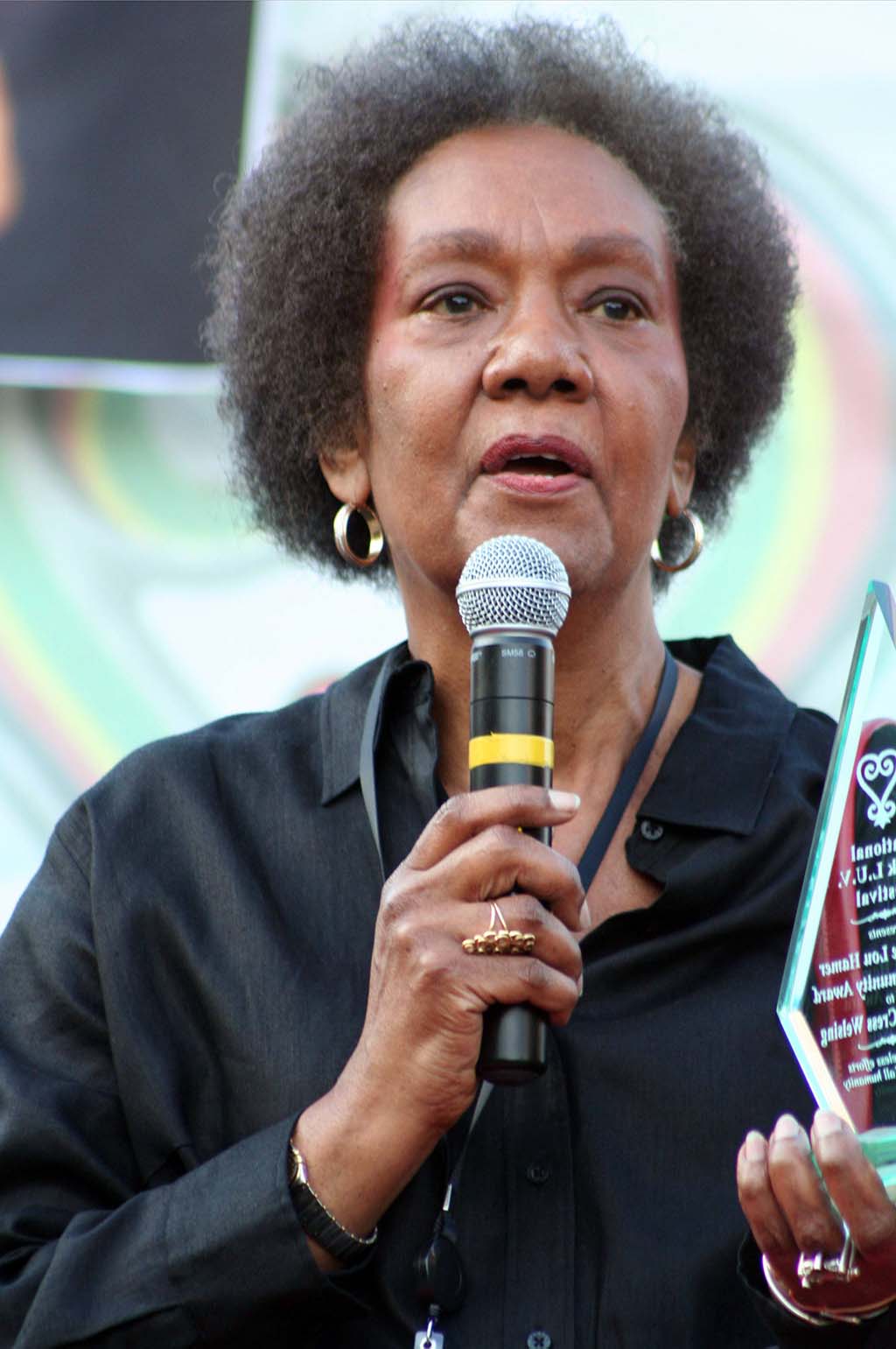 Frances Cress Welsing, a psychiatrist best known for writing The Isis Papers, was born Frances Luella Cress in Chicago, Illinois, on March 18, 1935. Welsing, who was the child of physician Henry Cress and teacher Ida Mae Griffen, grew up the middle of three daughters. She received her Bachelor’s of Science from Antioch College in Ohio in 1957 and her medical degree (M.D.) from Washington, D.C.’s Howard University in 1962.

After earning her M.D., Welsing stayed in Washington, D.C., pursuing a career in child and general psychiatry. Welsing spent nearly twenty-five years working as a staff physician for D.C.’s Department of Human Services, and also as the clinical director of two schools catering to children with emotional troubles. Welsing opened her own private practice in D.C. in 1967. Through her published works and her research, Welsing sought to help bring about a solution to the mental health problems of the black community by understanding racism.

Welsing published her first major work, “The Cress Theory of Color-Confrontation” as an essay in 1974 while assistant professor at Howard University. In the controversial essay, Welsing argued that the drive for white supremacy and superiority stems from a pervasive feeling of inadequacy and inferiority. Welsing claimed that “whiteness” was, in fact, a deficiency, evidenced by the inability of whites and other races to produce melanin which generates skin color. In short, white people in America could not cohabit peacefully with their black peers, according to Welsing, because of a deep-seated jealousy of people with melanin and their embrace of racial supremacy to accommodate these feelings. The essay was controversial and, according to Welsing, prevented her from not only gaining tenure at Howard but in fact losing her teaching post.

In 1991 Welsing published her most famous work, a collection of essays titled The Isis Papers: The Keys to the Colors, which discussed in depth the issues of white supremacy and racism in the United States. In The Isis Papers, Welsing delved deeper into her theories of melanin deficiency among whites as the driver of racism, white supremacy, and white segregation.  In the process of psychoanalyzing white racism, Welsing also discussed the importance of recognizing racial behaviors and symbols among blacks that were psychologically damaging and which needed to be countered and destroyed. She listed among those behaviors, homosexuality, which she claimed was a strategy for destroying black people.

Aside from her published racial and social theories, Welsing was an advocate for a strong African American family unit. She advised black men and women to delay having children until their thirties and instead take the time to thoroughly educate themselves so as to rear the next generation of high-functioning and disciplined black Americans who could challenge white supremacy.

Frances Cress Welsing died in Washington, D.C., on January 2, 2016, after being hospitalized for a stroke. She was eighty years old.