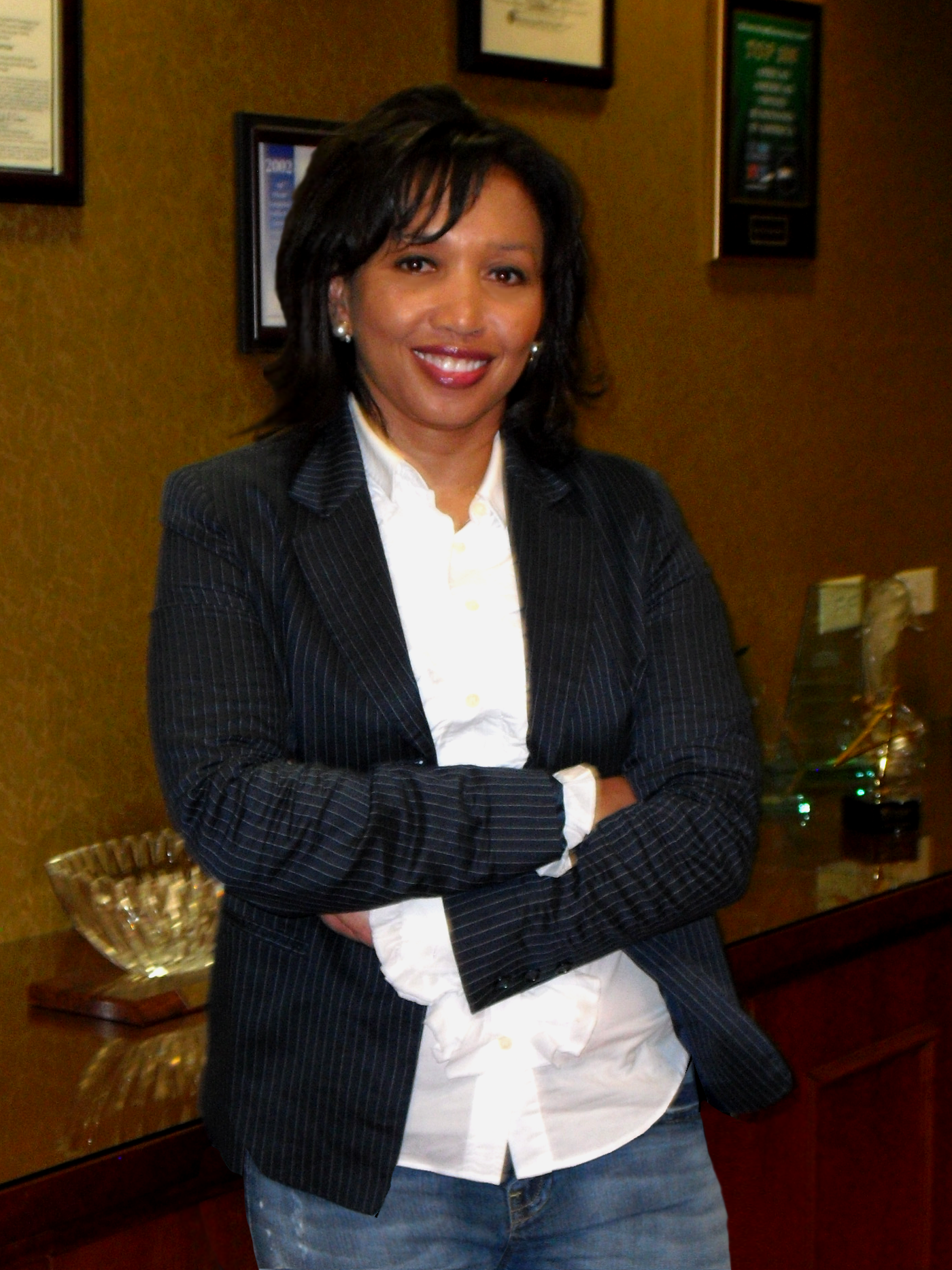 Janet Emerson Bashen is the founder and CEO of the Bashen Corporation, a private consulting group that investigates Equal Employment Opportunity complaints under Title VII of the 1964 Civil Rights Act. She is the first African American woman in the United States to hold a software patent.

Born Janet Emerson in Mansfield, Ohio on February 12, 1957, Bashen grew up in a working class family. Early in her childhood, her family moved to Huntsville, Alabama, where her father worked as a garbage collector and her mother was the city’s first black woman emergency room nurse.

Bashen attended Alabama A&M until she married and relocated to Houston, Texas. She finished her degree in legal studies and government at the University of Houston and then continued her education at Rice University’s Jesse H. Jones Graduate School of Administration. She also attended Harvard University’s “Women and Power: Leadership in a New World.”

Working in the insurance industry after graduation, Bashen called for the creation of third-party teams to investigate Equal Employment Opportunity claims as they arose in her company’s workplace. She argued that third party investigators would be less subject to influence from either side in complaints.  Her CEO did not listen but with encouragement from officials at the National Urban League, Bashen in 1994, borrowed $5,000 from her mother to start her own EEO complaints management business from her dining room table.

The new Bashen Corporation specialized in investigating complaints made to the Equal Employment Opportunity Commission under Title VII of the Civil Rights Act of 1964. Companies brought in the Bashen Corporation in as a third-party fact-finder if employees complained of discrimination on the basis of race, color, religion, sex, or national origin. The Bashen Corporation then worked with the company’s human resource departments to remedy the situation through education, mediation, or policy changes which often avoided lengthy and costly discrimination trials. Within the first five years of the company’s history, Bashen herself oversaw EEO investigations at Flagstar Corporation, Compaq Computers, Goodyear Tires, and General Motors.

As her company grew, Bashen faced a new problem: storing and retrieving information related to Equal Employment Opportunity cases. In 2001, she worked with her cousin, Donny Moore, a computer scientist from Tufts University, to develop software that could securely store information about her cases.  She also used the Internet to make public information about the cases available to employers and employees at multiple worksites.

Bashen filed a patent for LinkLine in 2001, and when that patent was approved in 2006, she became the first African American woman in the U.S. to hold a software patent. The Bashen corporation has since developed several other software programs to facilitate corporate adherence to Title VII including AAPLink Affirmative Action Software which helps institutions manage their affirmative action cases; 1-800Intake which serves as a hotline for discrimination reporting for smaller companies; and EEOFedSoft which facilitates EEO complaints and manages case files within government agencies.

Janet Bashen and her business have received multiple awards, including the 2003 Pinnacle Award from the Houston Chamber of Commerce, the 2004 Crystal Award from the National Association of Negro Women in Business, and recognition from Massachusetts Institute of Technology (MIT) for LinkLine at the World Festival of Black Arts and Culture in Dakar, Senegal in 2010. In 2014, Bashen was elected to the Women’s Leadership Board at Harvard’s Kennedy School. She is also a member of the Black Inventor’s Hall of Fame.