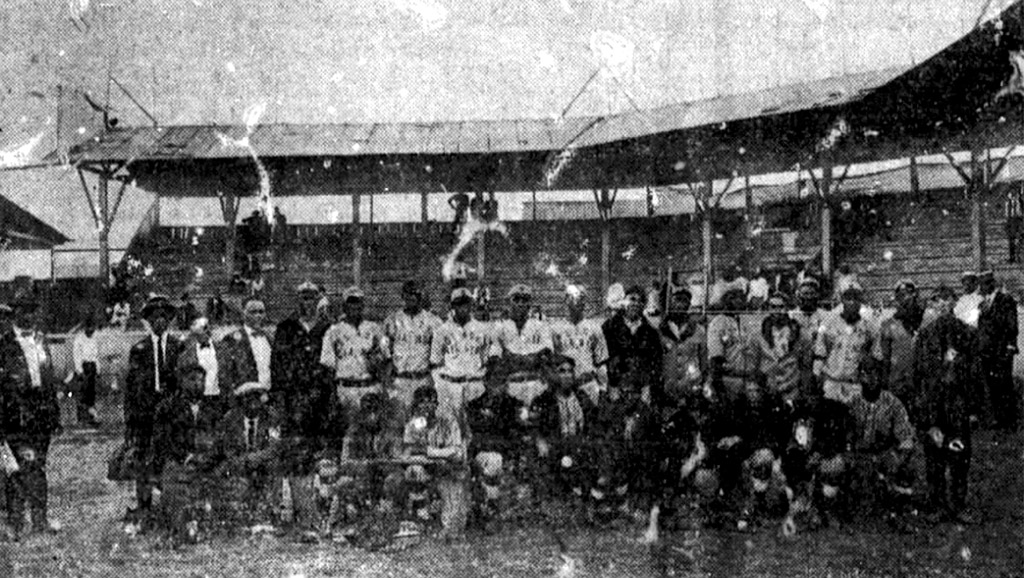 The Memphis Red Sox were a Negro League baseball team based out of Memphis, Tennessee. They are one of just a handful of teams that spanned over thirty years of operation. The team was initially owned by local barber Arthur Peterson Martin, and were called the A.P. Martin Barber Boys. Their games were played at Russwood Park and throughout their tenure, the Memphis Red Socks played in the Negro Southern League, the Negro National League, and the Negro American League.

By the start of the 1922 season, the team adopted the name Memphis Red Sox. John Miller and Moses Dandridge became the new owners with Miller serving as team president and Chick Cummings as the manager. By the end of the 1922 season Miller and Dandridge sold the club to brothers John B. Martin, William S. Martin, and B.B. Martin, all local Black doctors. The Martin brothers built Martin Stadium, making the Memphis Red Sox one of the few clubs to own its own ballpark.

In 1923 The Memphis Red Sox and the Dallas Black Giants faced off in the first annual Colored Dixie Series, and the Red Sox won the series 6-9. Richard Stevenson Lewis purchased the team from the Martin brothers at the end of the 1923 season and built a new park for the team called Lewis Park. The team fared poorly between 1924 and 1929. Lewis borrowed money from the Martin brothers and when he was unable to pay them back, they took possession of the team in 1929 and retained ownership throughout the remainder of the teams’ existence.

The Red Sox adjusted to changes in the game initiated during the Great Depression. Start times for games were moved from 3:00 p.m. to 5:00 p.m., giving working individuals the opportunity to attend games. The Kansas City Monarchs developed a portable light system which they used for the first time on May 20, 1930. As a result, the Memphis Red Sox and the Kansas City Monarchs played the first night game in Negro League baseball which the Red Sox lost 8-4. The Red Sox competed in the National Baseball Congress’s First Annual Semi-Pro Tournament in Wichita, Kansas in 1935, and in 1937, they were deemed champions of the Negro National League due to forfeiture of games by the Atlanta Black Crackers. By the 1940s, half of the Red Sox team were drafted into the armed forces to serve in World War II, but the immediate post-war years were quite profitable for the team.

Memphis Red Sox team performance slowly declined over their last few years. By 1949, the team finished in ninth place, next to last in the league. William Martin died in 1958, and brother B.B. Martin and wife, Eva Cartman Martin, assumed total ownership of the Red Sox. Two years later, on May 28, 1960, the Memphis Red Sox dissolved.