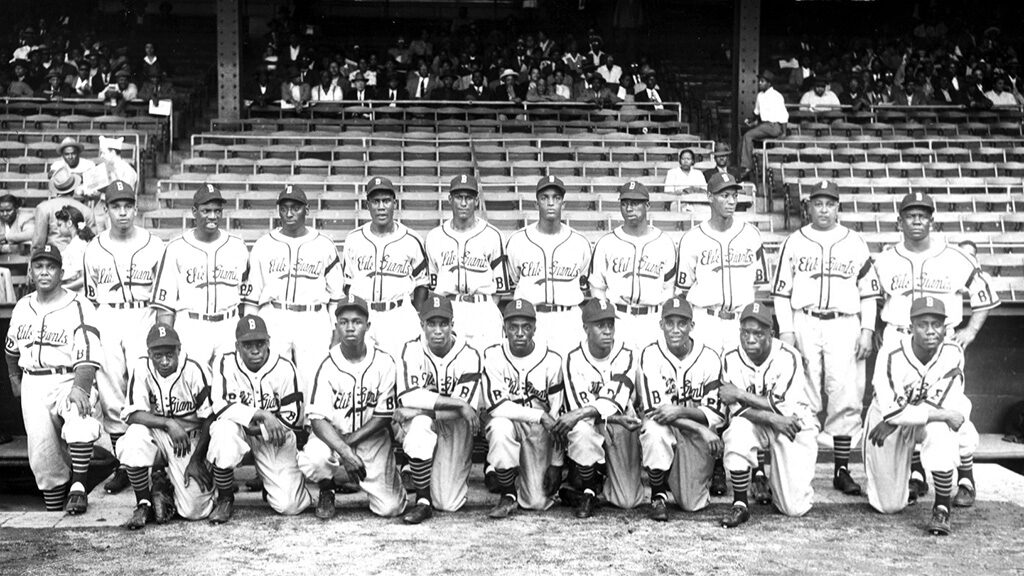 The Baltimore Elite Giants was a professional Black baseball team that played in the independent league as well as all of the Negro Leagues formed. The franchise had previously played in Nashville, Cleveland, Columbus, and Washington, before finding its home in Baltimore.

The team was originally established by Thomas T. Wilson, in Nashville, Tennessee, as the Nashville Standard Giants, on March 29, 1920. The semi-pro club was chartered by Wilson, J.B. Boyd, R.H. Tabbor, Walter Phillips, Marshall Garrett, W. H. Pettis, J. L. Overton, and T. Clay Moore. The original roster was compiled of players from the Nashville Maroons (formed in 1909) and the Elites (formed in 1913). The team was renamed the Nashville Elite Giants (pronounced EEE-lights) in 1921, and the club mostly played out of Sulphur Dell and Greenwood Park, the first recreation area built for Black people in Nashville. In their first season, the Giants swept the Montgomery Grey Sox team in a four-game championship and won the title of Southern Colored Champions. They joined the Negro Southern League in 1926 and finished the season with a 15-15 record.

The Giants joined the Negro National League in 1930, and Wilson built a new ballpark for the team in Nashville named Wilson Park. The field was located in Trimble Bottom, the central location of Nashville’s largest Black community, and had seating for 4,000 people. The Elite Giants finished the season with a 39-47 record, leaving them in last place. The Negro National League disbanded in 1931, and Wilson moved the team to Cleveland, Ohio, renaming it the Cleveland Cubs. They finished the season in seventh place again, with a 25-28 record. By 1932, the team moved back to Nashville, joined the Negro Southern League, and reverted to being called the Elite Giants. In 1933 and 1934, the Elite Giants returned to the newly reorganized Negro National League, finishing the 1933 season at 29-22 in fifth place, and in fourth place in 1934 at 20-28.

The Elite Giants moved to Washington, D.C. in 1936, becoming the Washington Elite Giants, before moving to Baltimore, Maryland in 1938 where they became the Baltimore Elite Giants. They won the 1939 Negro National Title, but the 1942 season was their best, with a 37-15 season record. Wilson sold the team in 1946 due to health problems. They then joined the Negro American League in 1949, and captured both the Eastern and Western Division titles, giving them their second Negro National League Title. The team played one final season before disbanding in 1951. Throughout the teams thirteen seasons, Wilson signed top players Satchell Paige, Joe Black, Junior Gilliam, Roy Campanella, and Leon Day, many of whom became future Baseball Hall of Fame inductees.