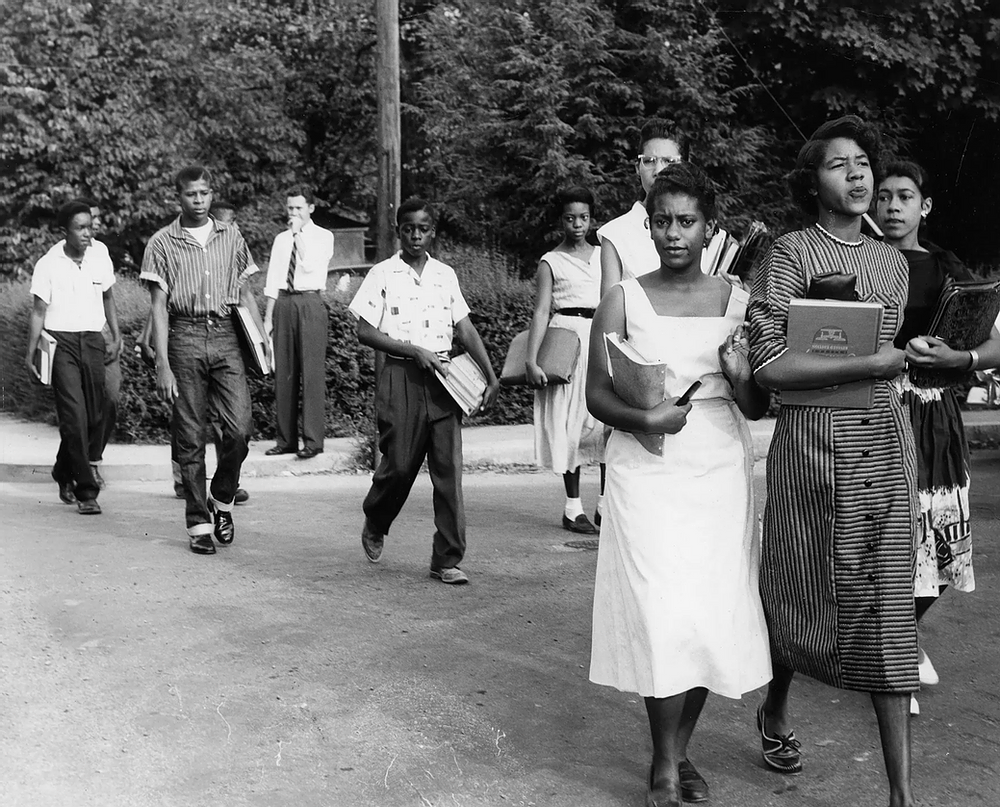 White segregationists across the South vowed to block the school’s desegregation and soon some of the most adamant arrived in Clinton to stage protest rallies. One of the segregationists, John Kasper, executive secretary of the Seaboard White Citizens Council, called for a mass protest meeting just before Clinton High School opened.

Nonetheless on August 26, 1956, the Clinton Twelve made history as the first African Americans to integrate a previously all-white school in the state of Tennessee. The first day of desegregation saw no incidents but on the second day the Twelve faced threats of violence from fellow students and a crowd of adults led by Kasper. In response on August 29, 1956, Judge Taylor issued a restraining order on Kasper.

Kasper ignored the order when he addressed a crowd of 1,500 people outside the school the same day. Judge Taylor then ordered U.S. Marshals to arrest him. Kasper spent a year in jail for contempt of court. While Kasper was in jail another White Citizens Council leader from Birmingham, Alabama, Asa Carter, came to Clinton to continue to lead the protests.

Although the violence ended, white segregationists continued to use intimidation tactics including burning crosses on the lawns of civic leaders and high school teachers. Gunfire riddled the homes of two of the Clinton Twelve and dynamite was thrown at houses and businesses in the town’s African American neighborhood. Clinton High School principal David Brittain also received bomb threats, forcing him to send his family out of town for their safety. Fearing for their safety, the parents of the Clinton Twelve removed their children from the school.

Although Clinton High School was briefly closed until December 10 in response to the attack on Turner, the African American students remained at the school. On May 17, 1957, the third anniversary of the Brown Decision, and just four months before the Little Rock school desegregation crisis began, Clinton High School senior Bobby Cain graduated. He became the first African American to graduate from a Southern school desegregated by court order. A year later, Gail Ann Epps became the first black woman to graduate from Clinton High.

Racial tensions continued however and on October 5, 1958, a bomb destroyed much of Clinton High School. The school was rebuilt following a fundraising campaign led by evangelist Billy Graham, nationally syndicated columnist Drew Pearson, and local citizens. No incidents were reported after the school was rebuilt. Clinton High School would become the first major victory in the decades-long campaign to desegregate schools across the United States.