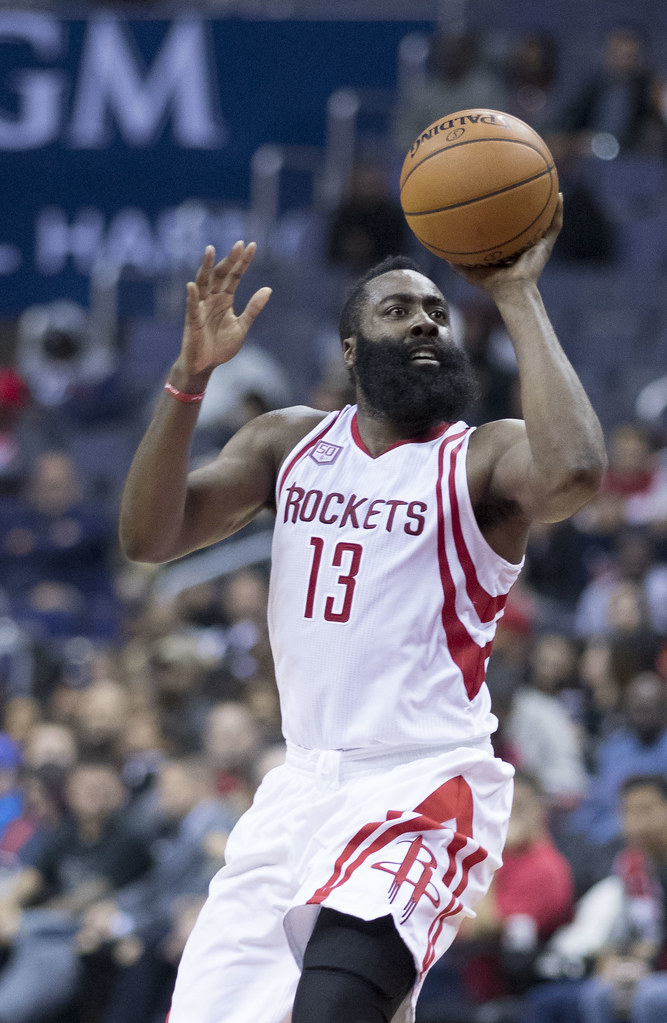 Professional basketball player James Edward Harden Jr. was born on August 24, 1989 to James Harden Sr. and Monja Willis in Los Angeles, California. Harden also have a half-brother named Akili Roberson and a sister named Arnique Jenkins. James Harden Sr. was mostly absent during his son’s early life because he served in the U.S. Navy. Hardin Sr. also drifted into drugs and was in and out of jail.

James Harden Jr. grew up in the Rancho Dominquez section of Compton, California and attended Artesia High School located in nearby Lakewood, California. During his time in high school he led his basketball team to back-to-back California State titles where they won a state championship in 2006 with a 33-1 record, and in 2007 with a 33-2 record. Hardin was also named McDonald’s All-American and earned second-team Parade Magazine All-American honors. He also named to the first team of All-District by the National Association of Basketball Coaches (NABC) and the United States Basketball Writers Association (USBWA). Harden graduated from Artesia High School in 2007.

Following his high school graduation, Harden attended Arizona State University where he played for the Arizona State Sun Devils Men’s Basketball team. While there, he was named the Pac 10- Conference Player of the Year and an All-American. Harden left his after his Sophomore year to pursue a career in the National Basketball Association (NBA). In the 2009 NBA draft, the Oklahoma City Thunder selected him 3rd overall in the draft. During his time with the Thunder, he played with NBA superstars including Kevin Durant and Russell Westbrook.

Hardin earned All-Rookie Second Team honors during his rookie season. During the 2011-2012 NBA season, he won NBA’S Sixth Man of the Year Award. Also, that season the Thunder went to the 2012 NBA Finals where they faced the Miami Heat led by LeBron James, Dwayne Wade, and Chris Bosh. Harden and the Thunder lost to the Heat in game five.

Following the loss, Harden was traded to the Houston Rockets because of a contract dispute with the Thunder. In 2012 he signed a $80 million contract with the Rockets. During his time playing with the Rockets, he has led the team into the playoffs every season he played with them. Harden is now an NBA superstar and a prolific scorer and has made several All-Star appearances. He became the fifth player in NBA history to reach 2,000 points and the fourth player in NBA history to record at least 600 free throws and score 150 three pointers in one season. Here he trailed only Kobe Bryant, Gilbert Arenas, and Jerry Stackhouse. He also won the most valuable player award (MVP) in 2018. He also won an Olympic Gold Medal in the 2012 with the U.S.A. Man Basketball Team and a second gold medal at the 2014 FIBA Basketball World Cup in Spain.

In 2017, Harden signed a six-year $228 million contract extension to remain with the Rockets. He has also gained the nicknamed “The Beard” where he famously known for his long beard. Later that year he also signed a $200 million endorsement deal with Adidas. Hardin is now also a philanthropist, in 2017 created 3 The Harden Way Inc to give better opportunities to young people. Harden is single and has no children.