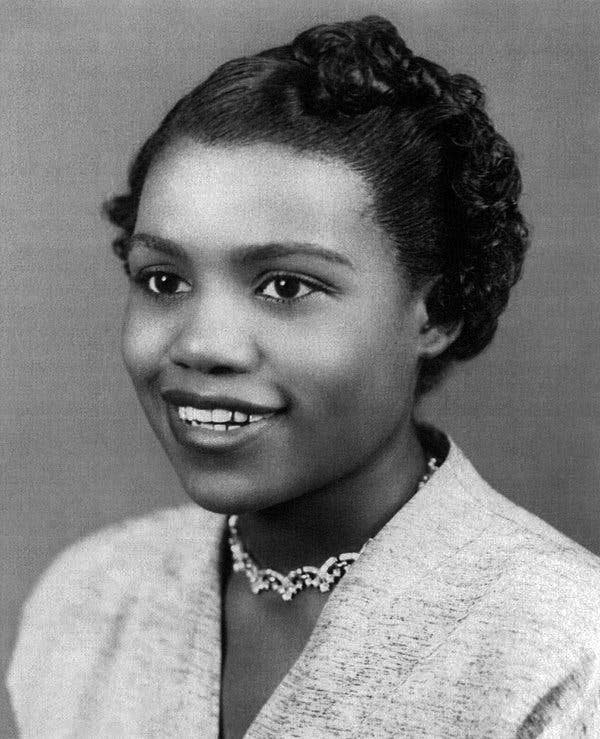 Alberta Jones was born on November 12, 1930, to Sarah (Sadie) Frances Crawford and Odell Jones, in Louisville, Kentucky. Jones attended Louisville Central High School and the Louisville Municipal College for Negroes, which in 1951 merged with the University of Louisville. She graduated third in her class.

In 1956, Jones was the first African American to attend the University of Louisville Law School but transferred to Howard University School of Law in her second year. She graduated fourth in her class from Howard in 1958, and the next year she became one of the first African American women to pass the Kentucky Bar. In 1959, she opened a law office in downtown Louisville, Kentucky.

Jones was the first attorney for the rising boxer Cassius Clay (later Muhammad Ali), negotiating his first professional fight contract in 1960. She was a member of the Fall City Bar Association, the Louisville Bar Association, and the American Bar Association. Jones was also a member of Eta Zeta Chapter of Zeta Phi Beta Sorority. She participated in the 1963 civil rights marches in Louisville and in the March on Washington on August 28 of that year.

Jones was an advocate for increased African American political participation. She created the Independent Voter’s Association which registered 6,000 African American voters. She rented voting machines and held classes in her office on “how to vote for your candidate.” Her efforts resulted in a major political shakeup in 1961 when black voters helped oust the mayor and many of the city’s aldermen. Two years later, the new city administration enacted the first public accommodations ordinance in the South.

In 1964, Jones was appointed city attorney in Jefferson County (Louisville), becoming the first woman of any race to hold that position. In February 1965, Jones was appointed prosecutor for the Domestic Relations Court in February of 1965, again a first for a woman or a person of color. Ironically, she was responsible for prosecuting mostly white men for spousal abuse.

On August 5, 1965, Alberta Jones’s body was discovered in the Ohio River.  An autopsy revealed that Jones had received several blows to the head before being tossed unconscious into the water, where she drowned. Her rented car was found several blocks from the Sherman Minton Bridge with traces of blood in it, and her purse was found hanging from the bridge three years later. She was 34 at the time of her death.

Witnesses later recalled seeing a body being tossed in the river by three unidentified men at the bridge. The night of her death, Jones’s mother recalled her daughter receiving a phone call from a friend named Gladys Wyckoff who wanted to meet with Jones and discuss a lawsuit. Jones left for the meeting but never returned home.

In 2008, the FBI matched a fingerprint found inside Jones’s car to a man who was 17 years old at the time of the murder. Two years later, prosecutors decided not to pursue the case, citing deaths of key witnesses who later turned out to be alive.

In 2017, the Jones case was reopened, funded by the Emmett Till Unsolved Civil Rights Crime Act, which provides $13 million dollars annually to the Department of Justice, the FBI, and U.S. State and local law officials to investigate and prosecute pre-1970 murders. Nonetheless, the murder of Alberta O. Jones remains unsolved.