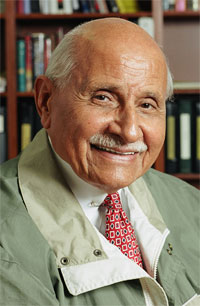 In 1950, Sutton earned a law degree from Brooklyn College Law School.  He returned to the military during the Korean War, but after his honorable discharge at the end of the conflict in 1953, he opened a law firm in New York City’s Harlem district.  During the peak of the civil rights movement, Sutton became a nationally recognized civil rights attorney representing political activists such as Malcolm X.

Sutton also entered the political scene in the 1960s.  He became a leader in the Harlem Clubhouse, a political group that controlled Democratic politics in Harlem.  Soon after joining, he formed a powerful alliance with other black politicians including future New York City mayor David Dinkins, Congressman Charles Rangel, and Basil Paterson, who eventually served as the first black Secretary of State for New York and whose son, David Paterson, became the state’s first black governor in 2008.

Sutton also served in the New York State Assembly from 1964 to 1966.  The following year he ran for Borough President of Manhattan.  Sutton won that seat in a landslide with 80 percent of the vote.  As Borough President, Sutton pushed for the economic development of Harlem and his office promoted Harlem tourism.  He left the Assembly in 1977 to campaign for the Democratic nomination for mayor of New York City.  He entered a crowded field which included Congressman Ed Koch, New York Secretary of State Mario Cuomo, incumbent Mayor Abraham Beame, former Congresswoman Bella Abzug, and Congressman Herman Badillo.  Koch won the nomination and mayoral race.

In 1971, Sutton co-founded Inner City Broadcasting Corporation which bought the New York based AM radio station WLIB and the FM radio station WBLS.  His acquisitions made him the first black owner of a radio station in New York City.  By 1980, WBLS had the largest listening audience of any radio station in the nation.  That year Sutton purchased the legendary Apollo Theater in Harlem and revitalized the once bankrupt facility.  His company also produced the award winning It’s Showtime at the Apollo.  Today, his media empire, Inner City Broadcasting, includes nineteen radio stations.  In 1987, Sutton was awarded the National Association for the Advancement of Colored People’s (NAACP) Spingarn Medal.  In 2007, the U.S. Congress passed legislation to name the post office on 125th Street in Harlem after Percy Sutton.

Percy Sutton died on December 26, 2009 in New York City.  He was survived by his wife, Leatrice O’Farrel Sutton, and his children, Pierre and Cheryl Lynn.