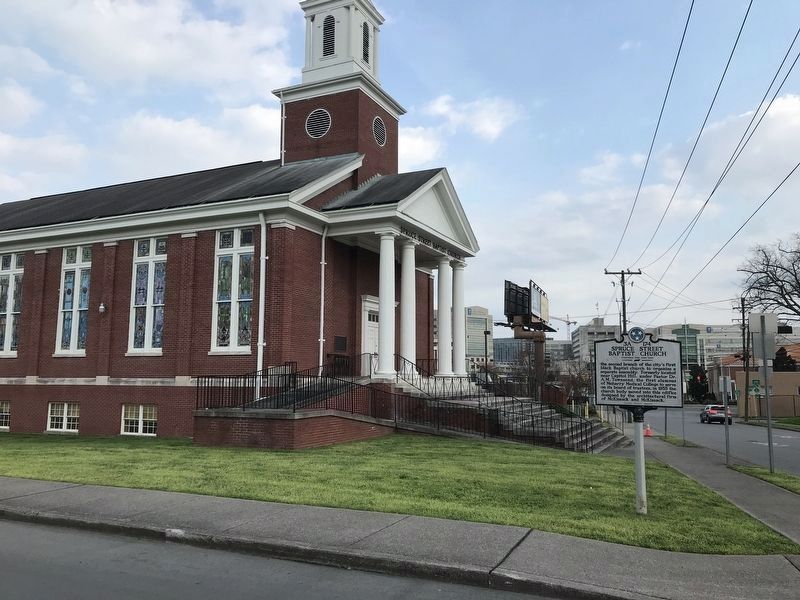 Despite these divisions Spruce Street Baptist Church continued to function and in fact its parishioners were able to retain control of First Colored Baptist Church’s original 1866 charter. With that document, the members of Spruce Street Baptist viewed themselves as the organizational descendants of FCBC and claimed to be the oldest continuously operating black church in the city of Nashville.

Throughout the 20th century Spruce Street Baptist Church has been instrumental in promoting Baptist leadership and engaging in civic endeavors throughout Nashville. Spruce Street Baptist Church has worked closely with the National Baptist Convention, USA, Inc. and American Baptist College in supporting Baptist theology locally, nationally, and internationally.  In 2011 the church was led by Rev. Raymond Bowman.