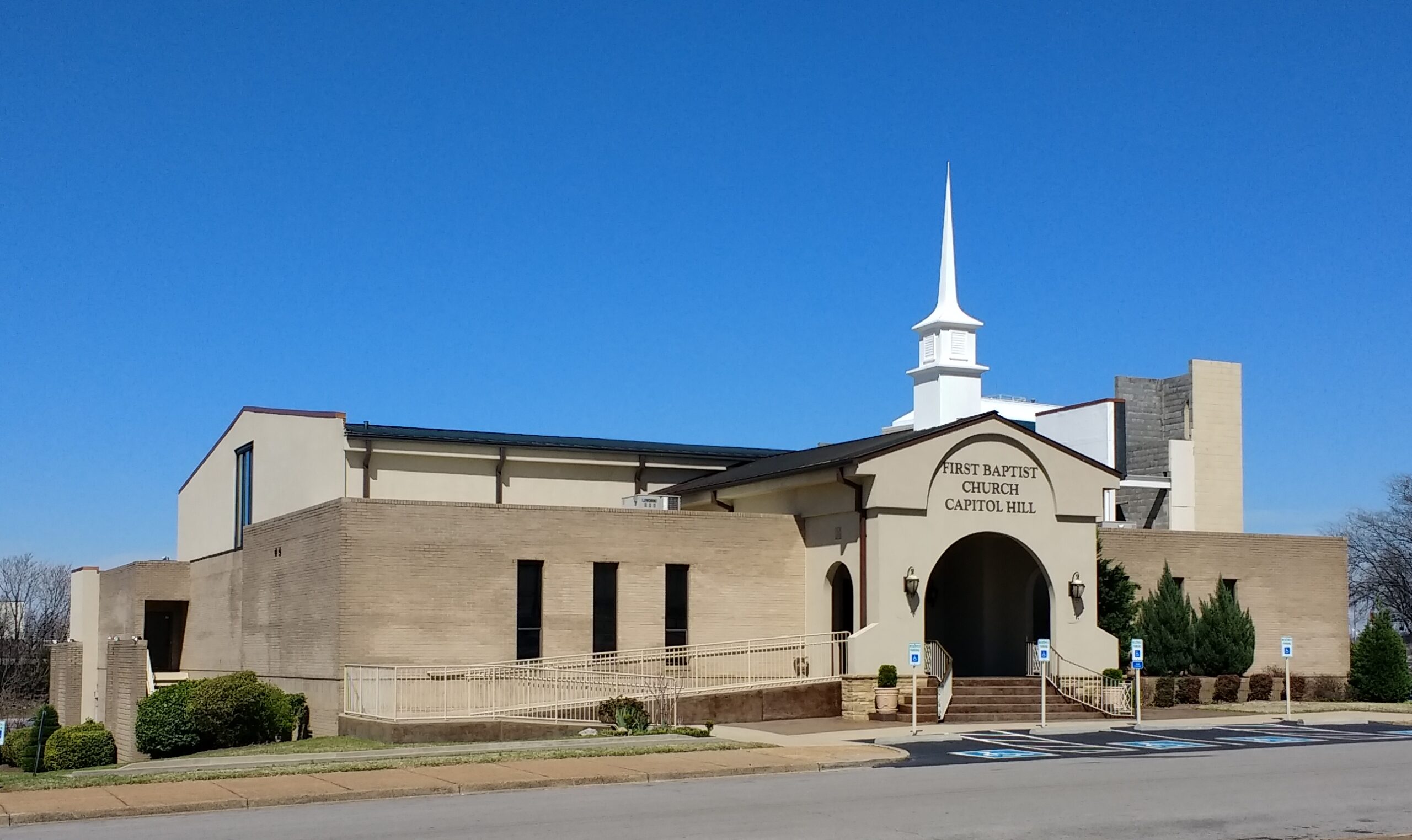 In January 1848, First Colored Baptist Mission (FCBM) officially established separate services under the white assistant minister and assisted by three free black preachers, John Dodd, Henry Howard, and Nelson G. Merry.  A former slave tutored by white ministers, Merry became the moderator for the Mission in 1853.  On November 29 of that year he was ordained a minister in the Baptist Church.

By 1856 the Mission had over 200 congregants.  It continued to grow until the Union Army occupied Nashville on February 25, 1862 and imprisoned Merry for preaching sedition against the United States government.  Merry was eventually released and on January 1, 1863 church members celebrated the Emancipation Proclamation.  As the Civil War came to an end, Mission members petitioned First Baptist Church to become an independent church under the name First Colored Baptist Church, Nashville, Tennessee.

First Colored Baptist Church, Capitol Hill built a new church building on Eighth Avenue and continued to provide spiritual guidance through the 20th Century.  The church under the leadership of Rev. Kelly Miller Smith supported the campaign to desegregate Nashville public schools in the 1950s, the Nashville sit-in movement in 1960, and the Freedom Rides in 1961.  The church hosted Dr. Martin Luther King during a number of visits and became one of the few racially integrated churches in the South when it accepted white Baptists as congregants.  On October 29, 1965 the 500-plus congregation voted to amend its 1895 charter and drop the word “Colored” from its official church title.  From that point it would be known as First Baptist Church, Capitol Hill.  Today the 600 member congregation meets at 625 Rosa L. Parks Boulevard which is across the street from the Tennessee State Capitol Building.