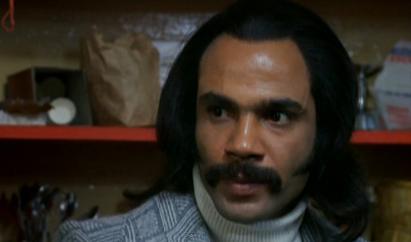 Ron O’Neal was a charismatic and gifted actor who never fulfilled the early promise he had shown on the New York Off-Broadway stage following his appearance as a flashy drug dealer in the hit blaxploitation film Super Fly (1972), the role that made him a star but effectively limited his acting options for the remainder of his career.

He was born to Ernest and Eunice O’Neal on September 1, 1937 in Utica, New York, but grew up in an economically depressed neighborhood in Cleveland. Ernest had been a jazz musician in the 1920s but gave up music to work in a factory to support his family. He died when Ron was 16 years old. Eunice then found work in a hospital.

O’Neal attended Ohio State University for one semester. The educational experience was lackluster, but it was during this time that he saw his first play, an event that proved life changing. O’Neal was so moved by the experience that he joined Karamu House, the African American theater company that had produced the show.

Offered a job teaching theater to youngsters in the Harlem Youth Arts Program in 1964, O’Neal moved to New York, where he pursued stage roles. In 1969, he landed a starring role in Charles Gordone’s No Room to be Somebody. O’Neal’s work was recognized with numerous major Off-Broadway acting prizes, including the Drama Desk and Obie Awards. Hollywood soon beckoned. He appeared in small roles in a comedy starring Elliott Gould called Move (1970) and an action thriller with Sydney Poitier called The Organization (1971), before being offered the lead role in Super Fly.

As Youngblood Priest, a magnetic cocaine dealer looking to make one last score before getting out of the drug life, O’Neal made a strong impression. Super Fly, however, proved controversial. Both CORE and the NAACP objected to the racial images projected by the film. O’Neal’s identification with the role was intensified when he repeated the part in the sequel, Super Fly T.N.T. (1973), which he also directed. In later years, O’Neal would complain that after Super Fly he was only offered undemanding action genre roles. He found variety on the stage, playing several Shakespearean roles for the American Shakespeare Theater in Stratford, Connecticut, for example, but his subsequent career in films and TV was largely unmemorable.

On television he appeared in the series Bring ‘Em Back Alive (1982-83) and The Equalizer (1985-89) and had a number of guest appearances on Murder, She Wrote and Hill Street Blues. He played a Cuban army officer in the 1984 film Red Dawn, and in 1996, he joined Fred Williamson, Jim Brown, Pam Grier, and other blaxploitation alumni in the Williamson-produced film Original Gangstas, playing former gang members who organize once again to help clean up their home town, a small crime-ridden city.