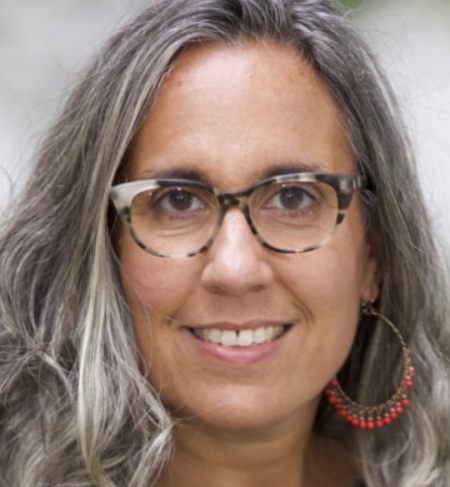 Lisa Gelobter is a computer scientist, entrepreneur, and technology executive. Gelobter worked on several pioneering internet technologies, and she is credited with developing the animation used to create GIFs. She served as the Chief Digital Service Officer for the U.S. Department of Education during the administration of President Barack Obama.

Beyond the date of her birth, very little is known about Gelobter’s childhood including where she grew up. Her father was Jewish and from Poland and her mother was black and from the Caribbean. She graduated from Brown University in 1991 at the age of 20 with a computer science degree with a concentration in artificial intelligence and machine learning. She then worked on several pioneering internet technologies, including Shockwave, a multimedia platform used for video games, and the online video streaming service Hulu. Gelobter also worked as the Chief Digital Officer for BET Networks. Gelobter is a pioneer in the development of video on the internet including Brightcove, Joost, and The FeedRoom.

In 2015 Gelobter joined the newly-formed U.S. Digital Service at the invitation of President Barack Obama. In that role, she helped to redesign Healthcare.gov, the website used to enroll Americans under the Affordable Care Act that did not function well at its initial rollout. Gelobter improved the site by reducing the number of separate pages and streamlining the application process. She then served as the Chief Digital Service Officer for the Department of Education where she worked on the team that redesigned the College Scorecard, a ratings system that shows graduation rates, post-college earnings, and student debt levels for universities across the country.

In 2016 Gelobter founded and became the Chief Executive Officer of tEQuitable, a company that provides an independent, confidential platform to address issues of bias, harassment, and discrimination in the workplace. Gelobter raised more than $2 million for the start-up company, becoming one of only 34 Black women to ever raise $1 million in venture capital. She is a former member of the New York Urban League STEM Advisory Board.