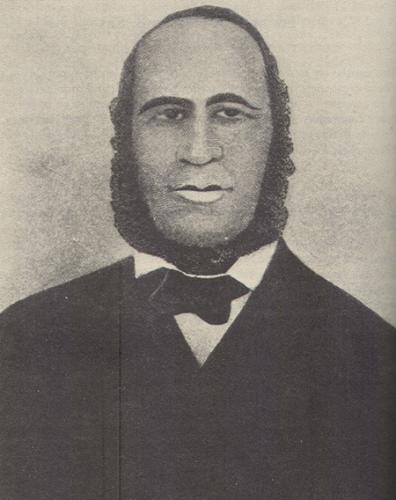 Charles Bennett Ray journalist, clergyman, and abolitionist was born in Falmouth, Massachusetts on December 25, 1807. He attended school in his hometown, and then in the 1830s he was given the opportunity by abolitionists to attend Wesleyan Seminary in Wilbraham, Massachusetts to study theology. He also studied in Middletown Connecticut at Wesleyan University, but left because of racial tension. Ray worked for five years on his grandfather’s farm, then later went on to learn the boot making trade. When he moved to New York City in 1832 he opened a boot and shoe store. Ray also became a Methodist minister.

In 1834 Charles Ray married Henrietta Green Regulus on October 27, 1836 she along with her newborn died while giving birth. Then in 1840 he married Charlotte Augusta Burroughs; they had seven children together.  Two daughters, Charlotte T. Ray and Florence Ray, became the first black female attorneys in the nation in the 1870s.

In 1833 Charles Ray joined the American Anti-Slavery Society and was a “conductor” on the Underground Railroad. He dedicated most of his life to the abolitionist movement. In 1837 Ray changed denominations and became a Congregational minister. Then in 1843 he joined the New York Vigilance Committee, which involved thirteen black and white men who assisted runaway slaves. In 1848 Ray became the corresponding secretary for the Committee and remained an active member for fifteen years.

Ray in 1837 had been pastor of the predominately white Crosby Congregational Church in New York City.  Beginning in 1845 he served as the pastor of the Bethesda Congregational Church, another mostly white congregation, and continued there for more than twenty years. Ray, a paid staffer with the American Missionary Association, believed strongly in the temperance movement. He was also a member of the New York Society for the Promotion of Education among Colored Children and the African Society for Mutual Relief.

In 1837 Ray became general agent of The Colored American, the fourth weekly published by African Americans. One year later he and Phillip A. Bell became co-owners.  Ray became the sole owner and editor in 1839 when Phillip A. Bell resigned.  Ray used The Colored American to promote “the moral, social and political elevation of the fee colored people; and the peaceful emancipation of the slaves.” Ray traveled across the Northern states giving speeches condemning the prejudice that African Americans endured. Ray and his newspaper supported the newly founded Liberty Party in 1840 because it was the only political party at the time to publicly condemn slavery.

Charles B. Ray died in New York City on August 15, 1886. He was buried in Cypress Hills Cemetery in Brooklyn.