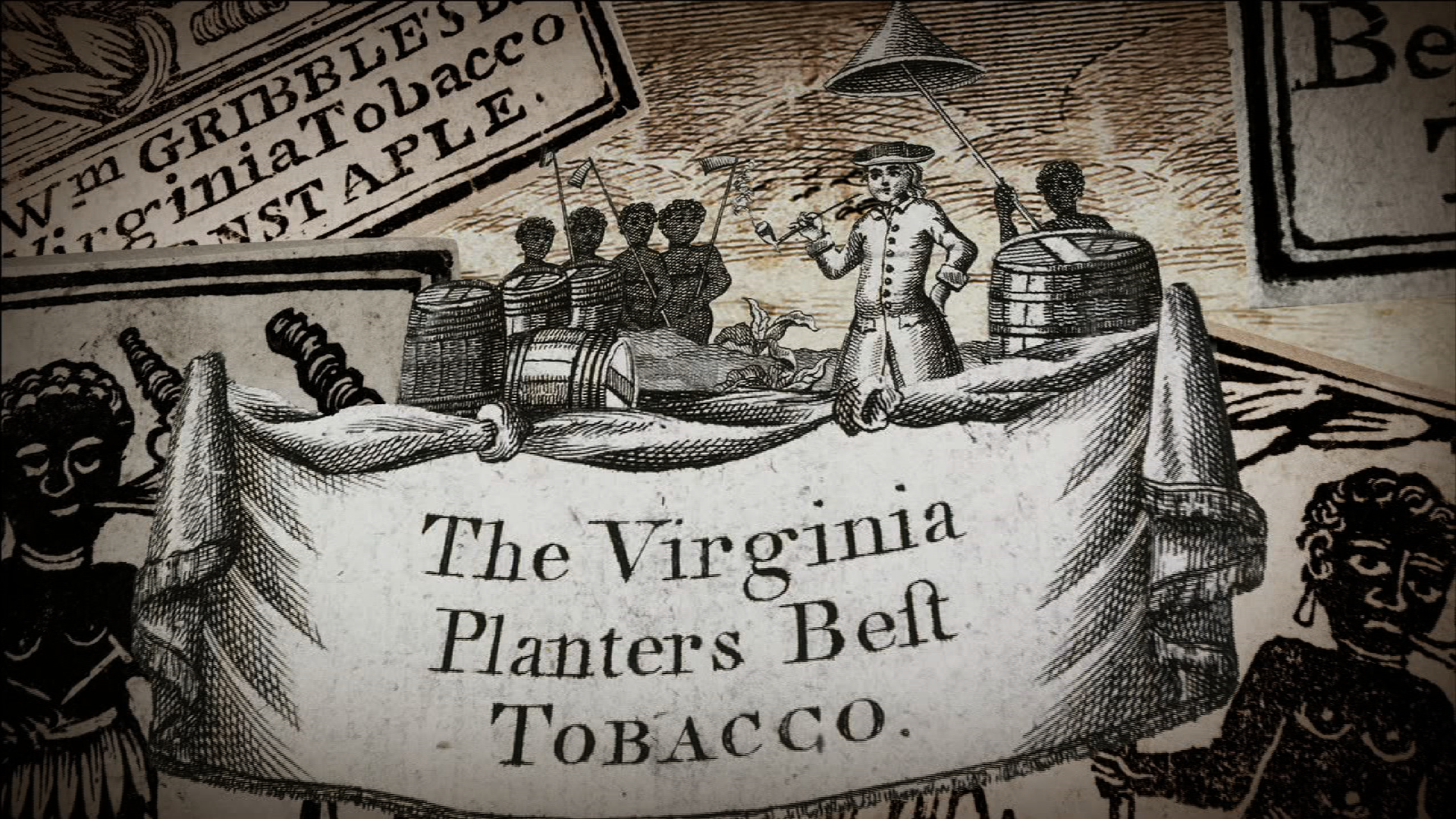 As you will see below, historians agree that the first twenty Africans landed in Virginia in 1619. What is in dispute is their exact status. Were they enslaved people from the beginning of their arrival or did they have some other status? Historian Malik Simba explores that question here and in the process introduces the legal concept of “customary” slavery.

John Rolfe, Secretary and Recorder of history for the colony of Virginia, wrote that in 1619, “… about the last of August, there came to Virginia Dutchman of warr that sold us twenty Negroes.” This is the first indication of the presence of people of African descent on a mainland British North American colony. Their landing marked the continuous presence of people of African ancestry in what would become the thirteen colonies and ultimately the first thirteen states of the United States.

The exact status of these men and women has been fodder for historical disagreement for decades. Did these individuals enter into an already unfree laboring system of indentured servitude or into a slave system already established with the conquered Algonquin Indian group? As for slavery, the Virginia colonists were very knowledgeable about how to treat Africans/Blacks as slaves because of their intensive trade and cultural exchanges they had with the already established slave plantation colony of Barbados. Therefore, the Virginia colonists likely treated these “twenty negroes,” sold that day in Jamestown as “other” than free men and therefore assigned these Africans into an unfree labor force either as indentured servants or slaves. Importantly, the colonial record reveals that the all-white planter class in Virginia and elsewhere in British North America interchangeably described these people as servants and slaves as if they were the same throughout the 1619-1660 period.

Given this, even though we do not see the first statutory slave codification until 1660, we see its immediate antecedents in several runaway slave/servant cases decades before the law of slavery appears. These cases reveal how the idea of race, pertaining to skin color and social status, had already penetrated the cultural mindset of the colonists and how race and slavery became inextricably intertwined.

The earliest case in 1630 involved Hugh Davis who was “… soundly whipt before an assembly of negroes and others for abusing himself to the dishonor of God and the shame of Christianity by defiling his body in lying with a negro….” The case is a clear indication the Virginia colonists had already interconnected skin color with faith and social control. The racial lines of hierarchy were already being laid.

Prohibition against cross cultural sexual contact can also be seen in the 1640 case of the White man, Robert Sweat, who impregnated “a negro woman” who belonged to a planter whose name survived in the historical record only as Lieutenant Sheppard. The unnamed Black woman was publicly whipped, and Sweat was required to perform public penance. The fact that the Black woman was not named in the legal history of the case already suggests a different standard for people of African ancestry.

Soon after in 1641, in the case of John Grawere, a “negro” servant, petitioned the court for permission to purchase the freedom of his young child from Lieutenant Sheppard. Sheppard, it appeared, was the owner of the child’s mother. It is obvious that this case raises serious questions concerning the origins of slavery in the colony. The word “purchase” and “owned” reveals that a system of de facto or customary slavery existed long before the first slave statue of 1661 appeared in the laws of the Virginia colony.

De facto slavery is also seen increasingly in case law and in legal contracts. In 1641 Francis Potts sold a Black woman and her girl-child to Stephen Carlton. The contract included the wording “to use … forever” which indicated that neither the woman or her child were considered indentured servants with the typical term of seven years indenture. Another deed recorded that year showed that owner William Whittington sold a ten-year-old girl and her future issue for “… lifetime and their successors forever.” Again, this was a recognition of customary slavery even before the institution was officially recognized in Virginia’s laws.

Because the colony’s laboring force throughout the 1619 to 1660 period was composed of unfree labor which included indentured servants who were both Black and white, and slaves who could be either Indian or Black, resistance often took the form of these “unfree” laboring groups running away together from their oppressive condition. In 1640, the Emmanuel case saw six servants flee their plantations for what they knew as an unknown but certain type of freedom. Once all were captured, the white indentured servants were given additional years to their indentured contracts. Emmanuel, the lone Black runaway, however was branded with the letter “R” but was not given any additional years to serve the colony. The consensus among historians is that Emmanuel did not receive extra years on his contract because he was already a slave “durante vita” (for life).

Interracial and class resistance was clearly seen in the 1640 case of John Punch, a Black man who took flight with a Dutchman named Victor and a Scot named James Gregory. Once captured, the two “whites” were required to serve additional years on their indentured time contracts, whereas Punch was punished to serve his “entire natural life for his master.” Moreover his “assigns” (descendants) were also deemed slaves for life. This case is significant because it indicates not only lifetime enslavement for Punch but the status also extended to his children and their children. Chattel slavery that would become so evident in the decades between 1700 and 1860, was already evolving in the early years of colonial Virginia and other British North American colonies.

The emergence of slavery can also be found in the differing treatment of Black and white men in the possession and use of firearms. In fact, the first legal reference to Black restrictions of any sort came with a firearms law enacted in 1639. In that year the Virginia the colonial legislature passed a statute (Act X) which stated, “All persons except Negroes are to be provided with arms….” Given that much of Virginia was still a frontier society faced with constant white-Native American conflict, the decision to ban firearms to Black slaves simultaneously recognized the differing treatment of enslaved people because of their skin color and possibly the belief that they as a group might join with native people and use their weapons against their masters. Ironically the prohibition on weapons and on interracial sex quickly spread to other British North American colonies and became the cornerstones of discriminatory policies against Black people well into the 20th Century.

Yes, the first slave law (de jure) appeared in Virginia in 1661 but a cursory examination of caselaw decades prior to that year clearly reveal that Black slavery existed and was enforced by customary law. The implications are clear, given the numerous cases of Black runaway resisters with white resisters and reflected in a 1660 Virginia law that said while English servants fleeing their masters would have additional time added to their indenture but Black runaways were “incapable” of serving additional time because they were already enslaved for life. Thus even though the first slave law appeared on the Virginia statute books in 1661, “customary” slavery had already been established in the Virginia political economy decades earlier.

Once the official enslavement law appeared in 1661, other slave laws quickly followed: 1662–Law of the Womb (children follow status of mother), 1667– Christian baptism does not change slave status, 1669–The killing of a slave is not a crime, 1680–anti-slave insurrection law. As these laws appeared, in 1672 the Royal African Company charted by King William III and given a monopoly over the English Trans-Atlantic slave trade, begin the massive importation of slaves into the colony of Virginia. The black population in the colony increased from approximately 950 in 1660 to 16,000 in 1700, and to 210,000 or 40% of the colony’s population in 1775, on the eve of the American Revolution. Slavery was now fixed on Virginia and every other colony in British North America.