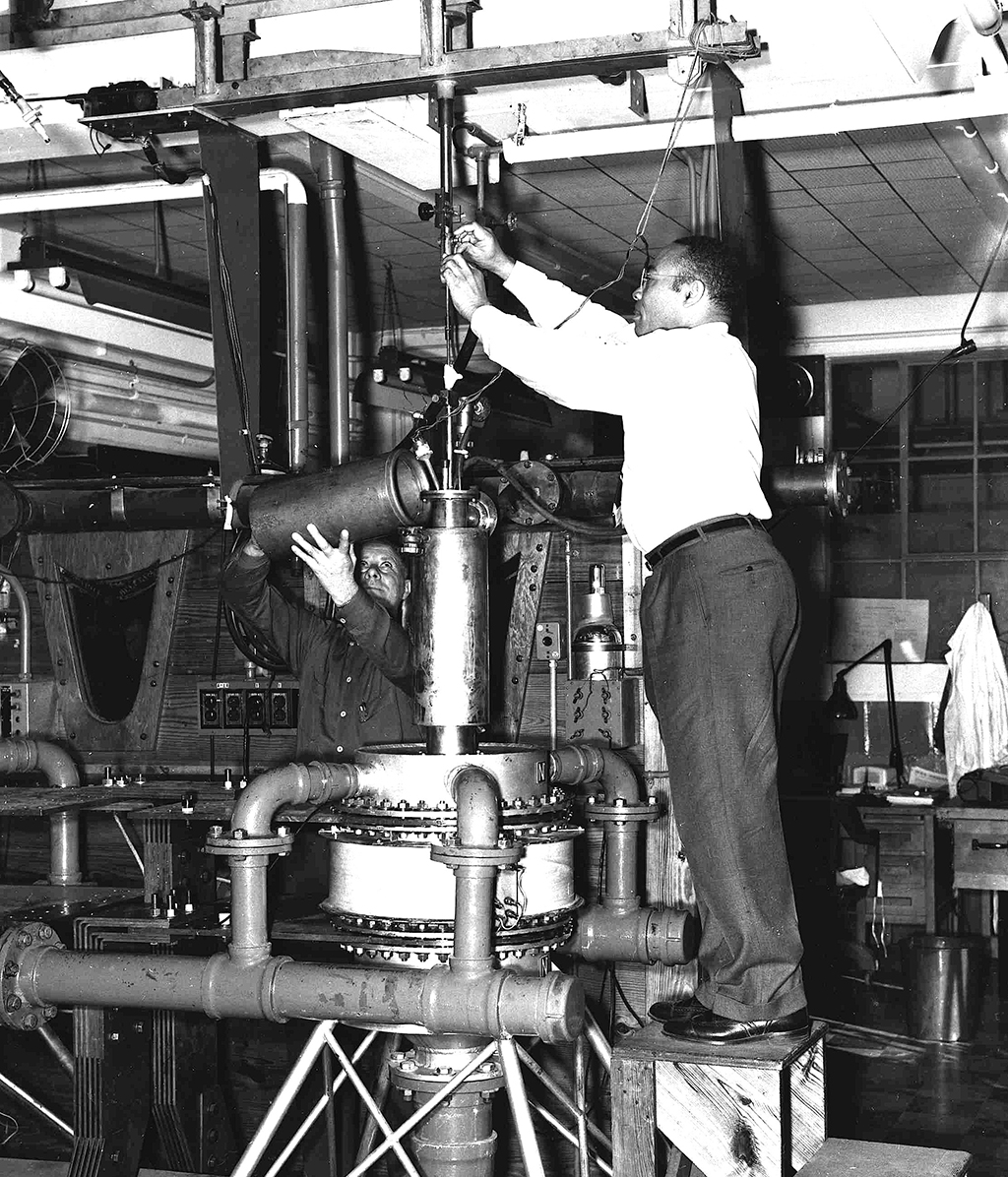 Dr. Warren Elliott Henry enjoyed a long and influential career in the field of physical chemistry, working in the public and private sectors and in academia. His areas of expertise included radar technology and solid-state physics. Henry conducted experiments on magnetism as well as metallurgy, seeking to understand how extremely low temperatures affected various materials, including rare earth metals. His nearly 100 publications appeared in leading peer-reviewed journals and he often presented his work at meetings of the American Physical Society. Henry also served as a mentor to hundreds of undergraduate and graduate students.

Born on February 18, 1909 in China, Alabama, Henry grew up in a large family in the nearby community of Evergreen. His parents, Nelson E. Henry and Mattye McDaniel Henry, both held degrees from Tuskegee Institute (now University). They worked as teachers and as farmers, making use of knowledge gained from studying with George Washington Carver.

Young Henry excelled in academics. After high school, he enrolled at Tuskegee, completing a B.S. in Mathematics in 1931. Henry served briefly as principal of the Escambia County (AL) Training School and then moved to Atlanta, Georgia to teach physics and mathematics at Spelman and Morehouse Colleges. He would also continue his own education during this period, earning an M.S. in organic chemistry from Atlanta University in 1937.

In 1941, Henry completed a doctorate in physics and physical chemistry at the University of Chicago in just three years (1941). While there, he worked with several Nobel Prize winners including Arthur Holly Compton and Wolfgang Pauli. He returned to teach at his alma mater, Tuskegee. Among his students were the soon to be famous Tuskegee airmen.

In 1943, Henry was recruited to work at the Massachusetts Institute of Technology’s radiation laboratory. While at MIT his work, in the context of World War II, focused on radar systems for the U.S. Navy, especially those detecting submarines. He then spent a year as a Postdoctoral Fellowship at the Institute of Metal at the University of Chicago before returning to Morehouse College to serve as acting head of the Physics Department. From 1948 to 1960 he worked at the Naval Research Laboratory in Washington, D.C. where he studied cryomagnetics, superconductivity, and magnetic susceptibilities. Among his achievements, he invented a metal dewar for liquid helium.

Henry then worked for the Lockheed Missiles and Space Company in Palo Alto, California, as a senior staff engineer and scientist. While there, he continued his work on submarine detection and also contributed to the study of materials for space travel. Henry’s final professional position was at Howard University where he taught in the physics department from 1969 to 1977 and worked on the Minority Access to Research Careers Program.

During his career Henry was a fellow of the American Physical Society and the American Association for the Advancement of Science. The University of Chicago awarded him a professional achievement citation. He also earned honorary doctorates from Lehigh University and Atlanta University and was a leader in the National Society for Black Physicists.

Warren Elliott Henry died on October 31, 2001 at the age of 92. He enjoyed a long marriage to Jeanne Pearlson Henry, who passed away in 1976. The couple had one daughter, Eva Ruth Henry.