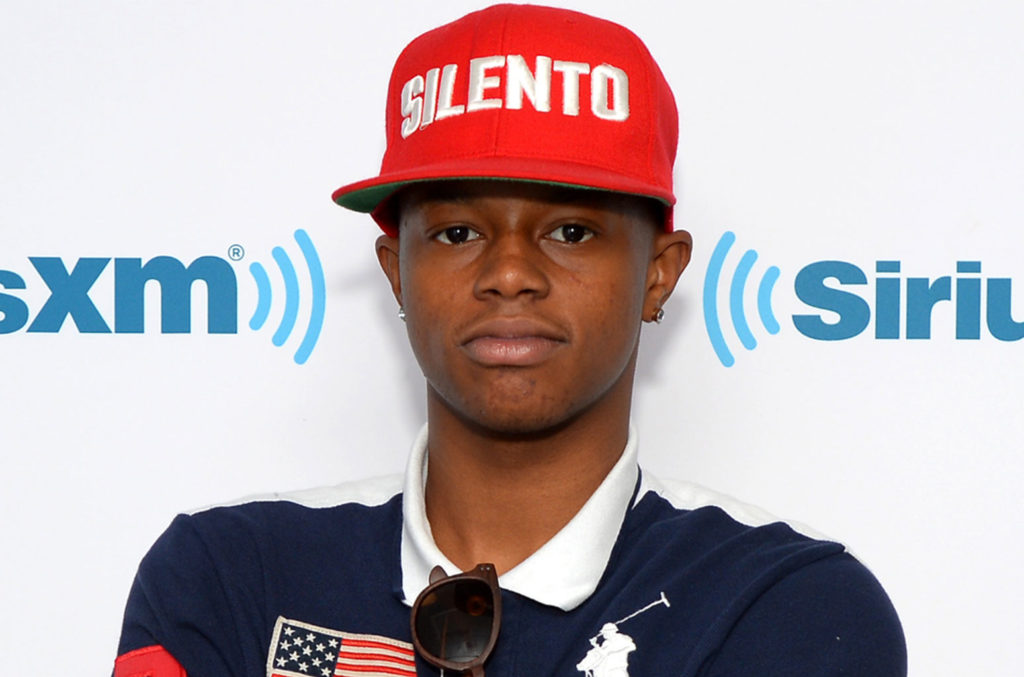 Richard Lamar Hawk is an American singer and rapper known by his performance name Silento’. Born in Stone Mountain, Georgia on January 22, 1998. Silento,’ an only child, was raised by his mother and aunt after his parents’ divorce.

Silento’ expressed an interest in music early and by the 8th grade he was in a rap group that performed at birthday parties, school events, an a few TV shows in the Atlanta area. He also promoted himself on various social media platforms. This persistence, confidence, and creativity by the young artist eventually generated great success.

Seventeen-year-old Silento’ contacted Timothy Mingo known as Bolo Da Producer, to create “Watch Me (Whip/Nae Nae).” He also connected with DanceOn (a dance entertainment brand) which in turn partnered with TuneCore (a music distribution company) which contributed to the song’s viral social media success before it was officially released.

On May 5, 2015 “Watch Me (Whip/Nae Nae)” was released by Capitol Records as a single and as the video became a hit sensation, it helped the song peak at number 3 on the Billboard Hot 100 chart where it remained for six non-consecutive weeks. Additionally, the song earned a nomination for Song of the Summer at the 2015 MTV Video Music Awards, a nomination for R&B/Hip-Hop Song with Teen Choice Awards, and Soul Train Music Award for Best Dance Performance (2015). It also won a Billboard Music Award for Top Streaming Song (Video) (2016). The song has been viewed over 500 million times on YouTube since its release and has been featured in various television shows including South Park, The Unbreakable Kimmy Schmidt (Kimmy Sees a Sunset), and the $100,000 Pyramid game show.

In February 2021 the rapper engaged in an altercation with 34-year-old Frederick Rooks, a relative. Rooks died and Silento’ was subsequently arrested. in August 2021 a grand jury returned indictments on four charges related to the death of Frederick Rooks.