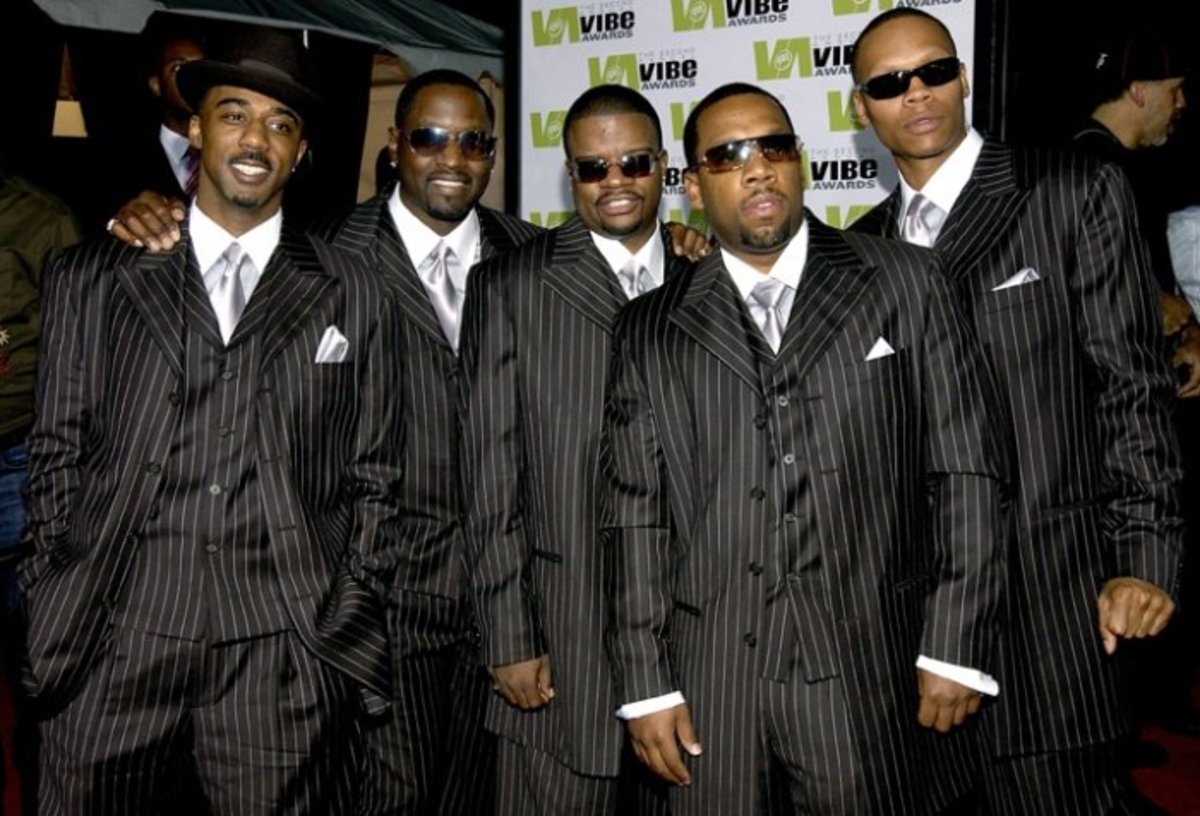 Their second album, New Edition (1984), included “Cool It Now” and “Mr. Telephone Man,” both peaking at 1 R&B and in 1985, the group released the hit “Lost in Love,” also from New Edition, which reached no. 6 R&B. The 1985 single, “All for Love” sold more than one million copies, establishing them as the most successful R&B group of the 1980s. In 1988, New Edition was nominated for the “Best R&B Performance by A Duo or Group with Vocal” at the 31st Annual Grammy Awards for “It Isn’t Love.” In 1989, the ensemble won the “Album of the Year” at the 3rd Annual Soul Train Awards for their album Heart Break released earlier that year.

By the late 1980s, however, New Edition was already coming apart. Group members Bobby Brown and Johnny Gill pursued solo careers while the remaining members, became Bell, Biv, DeVoe began releasing records as a trio. Yet, all of them continually reunited to release songs as New Edition.

The 1990 album Poison, for example, was a consequence of one reunion and became their most successful album, selling more than 4 million copies. In 1996, the group came out with the single, “Hit Me Off,” which peaked at no.18 on Billboard’s Adult R&B Airplay and remained charted for 14 weeks. This composition was followed by “I’m Still in Love with You” that peaked at no. 15 and remained charted for 26 weeks.

In 1996 New Edition released the album Home Again that debuted at no.1 on the Billboard 200 Album chart and no.1 on the R&B Albums chart. The following year in 1997, their single, “You Don’t Have to Worry” reached no. 35 and stayed there for 5 weeks.

In 2004 New Edition released the single “Hot 2Nite” that peaked at no. 37 on the R&B chart. In 2011, New Edition reunited again to perform at the 30th-anniversary celebration of Candy Girl. Four years later, in 2015, the group released “This One’s for Me and You.” This single peaked at no. 1 and remained there for 34 weeks.

In 2017, New Edition received a star on the Hollywood Walk of Fame.