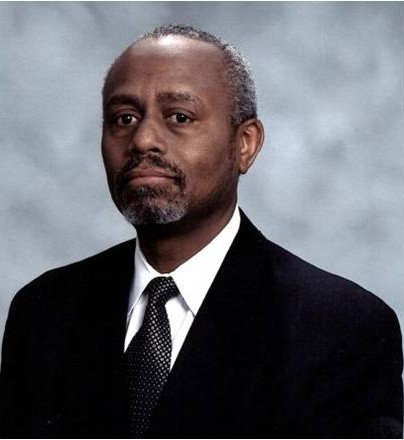 Dr. Sekazi Kauze Mtingwa is an African American theoretical high-energy physicist and co-founder of the National Society of Black Physicists. He has served as president of the Interdisciplinary Consortium for Research and Educational Access in Science and Engineering. Mtingwa’s contributions to the field of physics have aided in the development of complex concepts such as intrabeam scattering and wakefield acceleration. His contributions have extended internationally over the years of his professional career, one collaboration being the African Laser Centre (ACL), a nonprofit network organized by a group of African countries interested in utilizing laser power in 2003. One of the founders of the ACL, Dr. Mtingwa previously served as an American representative and board member since the organization’s establishment. His research expertise revolves around nuclear, accelerator, and high-energy physics in addition to nuclear energy policy.

Born on October 20, 1949, as Michael Von Sawyer in Atlanta, Georgia, Dr. Mtingwa went to segregated schools until his sophomore year in high school. During that year, the city held an integrated science fair in which Mtingwa was the first African American to win first place in biology. He received his B.S. degree in physics and mathematics at the Massachusetts Institute of Technology (MIT) in 1971 and continued his academic career at Princeton University where he obtained a Ph.D. in theoretical high energy physics in 1976. It was during his years in graduate school when Mtingwa changed his name from Michael Von Sawyer to Sekazi Kauze Mtingwa, a name of Tanzanian origin.

After graduate school, Mtingwa held post-doctoral positions as the University of Rochester and the University of Maryland, College Park before eventually receiving a Ford Foundation fellowship in 1980 as a result of his research. With that fellowship, Dr. Mtingwa traveled to Kane County, Illinois to become a research physicist at Fermilab in 1981. At Fermilab, his theory of “intrabeam scattering” was developed in collaboration with fellow physicist, James Bjorken, resulting in the pair being awarded the Robert R. Wilson Prize for Achievement in the Physics of Particle Accelerators in 2016. Mtingwa was the first African American to receive this award.

Between 1988 and 1991, Mtingwa worked at the Argonne National Laboratory in DuPage County, Illinois where he developed theories on advanced wakefields, plasma acceleration, and photon colliders. In 1991, Dr. Mtingwa joined the physics department at North Carolina A&T State University, served as the department’s chair until 1994, and played a significant role in establishing the university’s Interdisciplinary Research Center.

In 1992, Dr. Sekazi Mtingwa co-founded the National Society of Black Physicists and served as the organization’s president until 1994. He has also served on the board of Triangle Science, Education & Economic Development, a consulting group that supports minority students in STEM fields. In 2001 he returned to MIT as an MLK Visiting Professor in 2001 and worked in the Laboratory for Nuclear Science between 2001 and 2003. In 2008, he was elected as a fellow of the American Physical Society. Since his retirement in 2012, Dr. Mtingwa has focused his efforts bringing scientific innovation and education to Africa and mentoring although in 2015 he was awarded a fellowship by the American Association for the Advancement for Science (AAAS).