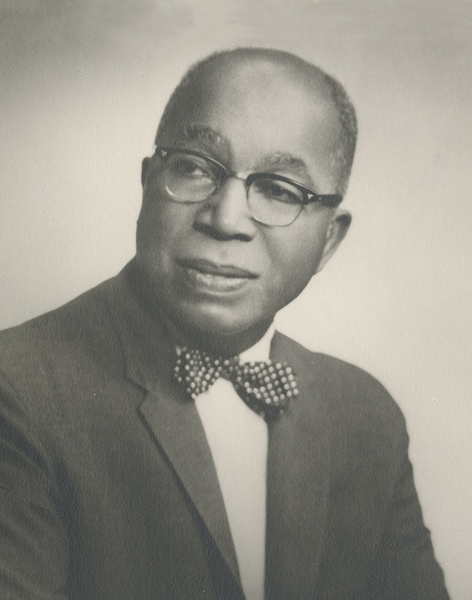 Nick Aaron Ford, critic, pedagogic, and activist, was born on August 4, 1904, in Ridgeway (part of Columbia), South Carolina, to Nick Aaron Ford, Sr., a laborer who was born enslaved, and Carrie Ford, a substitute teacher. Nick was introduced to reading by his mother at age four. He was sent to Winnsboro, Louisiana, to attend the Winnsboro Colored High School when he was 10 and finished in 1920 at the age of 16. He graduated from Benedict College in Columbia, South Carolina, in 1926. Afterward, Ford took a job as principal at Schofield Normal School in Aiken. A year later, in 1927, Ford married Janie Etheridge, and they were parents to a son, Leonard Aaron.

Nick Ford left Schofield at the end of the 1928 academic school year and enrolled in the graduate program at Iowa State University in Ames, Iowa, where he studied journalism. His master’s thesis was The Examination of 18 Novels by 11 Black Authors. While it was approved by his advisor, Frank L. Mott, director of the journalism school, it was not well received. He graduated in 1934. However, in 1936, the M.A. thesis was published as The Contemporary Negro Novel: A Study in Race Relations. Remaining at Iowa, Ford earned the Doctor of Philosophy degree in 1945. His dissertation was A Study of the Uses of Propaganda in 80 Works of Fiction, Drama, and Poetry by 31 Twentieth-Century Black Authors.

In 1945, Ford accepted a professorship in English at Morgan State College (now University) in Baltimore, Maryland. During this period, Ford wrote Black Insights: Significant Literature by Black Americans – 1760 to the Present. In 1950 he completed his second book, Best Short Stories by Afro-American Writers, which was published by Meador Publishing. His work “Walt Whitman’s Conception of Democracy” was published in 1955 in Phylon (the Atlanta University review of race and culture, vol. 11, no. 3. Also, in 1955, Morgan State published his book Remedial English: Presenting the Minimum Essentials of Grammar and Composition for Students with Different Backgrounds in the Knowledge and use of Correct English.

In 1967, Ford completed his book, Language in Uniform; A Reader on Propaganda, and a year later, in 1968, he was married his second wife, Ola Scroggins Tatum. There were no children from this union.

During Ford’s last year before retirement as chairperson of the Department of Language and the Alain Locke Distinguished Professor of Black Studies at Morgan in 1973, he remained a publishing scholar. His book, Black Studies: Threat or Challenge was published by the Associated Faculty Press. In 1974, Ford was one of the founders of the College Literature Association Journal.

Nick Aaron Ford died on July 17, 1982, in Baltimore, Maryland. He was 78. His book Seeking a Newer World: Memoir of a Black American Teacher (Todd & Honeywell) was released posthumously in November.