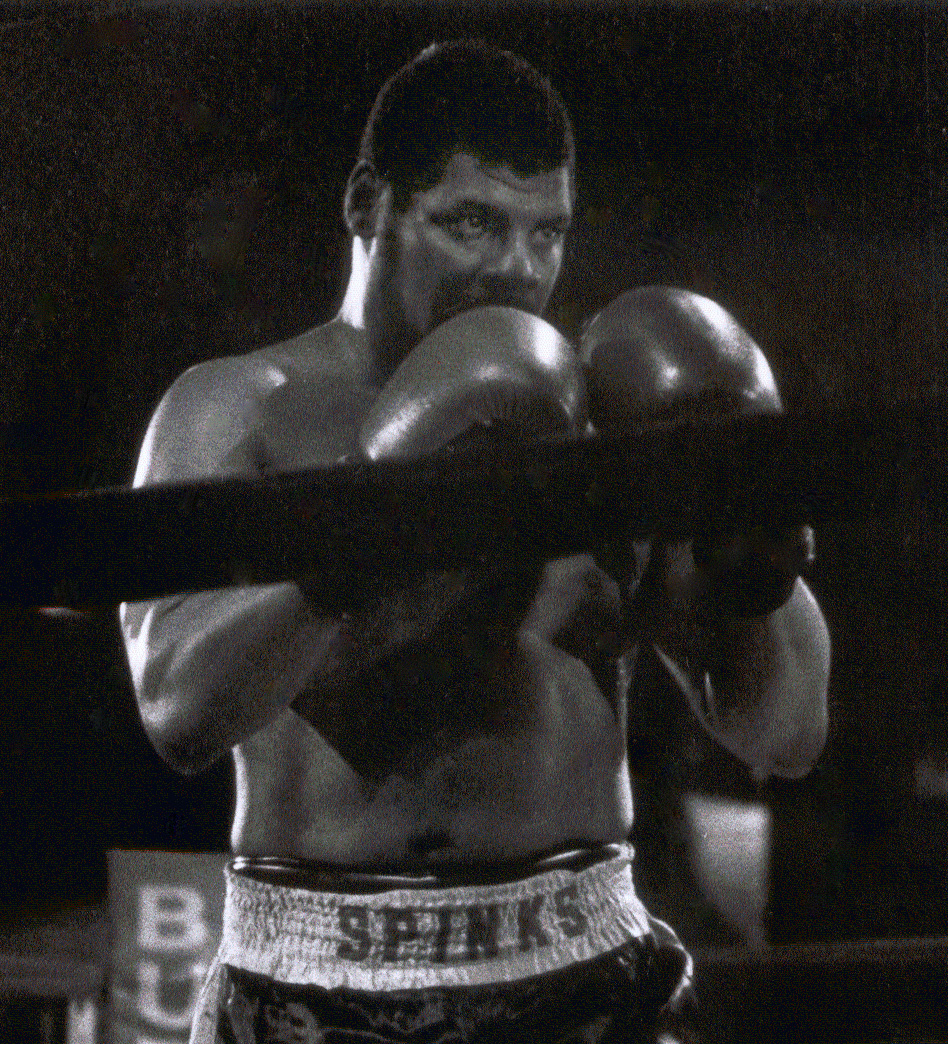 Leon Spinks was a professional boxer best known for defeating Muhammad Ali for the Undisputed Heavyweight Championship in 1978. Spinks was born on July 11, 1953 to Kay Francis Spinks and Leon Spinks Sr. in St. Louis, Missouri. When Spinks was born, he became ill with jaundice but survived. Spinks had a difficult childhood partly because his father abandoned the family which lived in poverty in a crime-infested area. Growing up, Spinks continued to have health problems including low blood pressure and periodic fainting spells. He was also a target of bullying by other boys and dropped out of school after the 10th grade, briefly joining the Marine Corps. His problem in following discipline, however led to physical fights with his drill sergeants.

In 1973, Spinks joined the All-Marine boxing team which led to his amateur boxing career. In 1974, he won a bronze medal at the inaugural World Amateur Boxing Championship in Havana, Cuba, fighting as a light heavyweight. In 1976, he won a gold medal in the light heavyweight division at the 1976 Summer Olympic Games in Montreal, Canada. During this time, he quickly gained a reputation as one of the best amateur boxers in the world when he defeated 133 opponents by knockouts over a three-year period.

On January 15, 1977, Spinks made his professional boxing career debut where he knocked out Bob Smith in five rounds in Las Vegas, Nevada. He then faced Peter Freeman, defeating him with a first-round knockout in Liverpool, England. In his next fight he knocked out Pedro Agosto of Puerto Rico. Spinks also fought Scott LeDoux to a draw on October 22, 1977 in Las Vegas and less than a month later he defeated Italian champion Alfio Righhetti by a decision on November 18, 1977 in the same city.

On February 15, 1978, Spinks took on Muhammad Ali, scoring one of the greatest upsets in boxing history by defeating the Heavyweight Champion in 15-round decision. Although he was now the new World Heavyweight champion, Spinks was stripped of his World Boxing Council title (WBC) because he refused to take on Ken Norton.

On September 15, 1978, Spinks faced Muhammad Ali in a rematch, losing this time in 15 rounds. Spinks would continue to box until he retired in 1988. After his retirement he became a greeter at Chicago Bears coach Mike Ditka’s restaurant in Chicago. Financial pressures forced the 38-year-old ex-champion to return to boxing in 1991 but he retired from boxing for good in 1995 at the age of 42.

In 2009, Spinks was featured on the documentary Facing Ali. In 2017, Spinks was inducted into the Nevada Boxing Hall of Fame. Two years later, in 2019, he was diagnosed with advanced prostate cancer. Spinks died on February 5, 2021 at a hospital in Henderson, Nevada at the age of 67.

Spinks was married three times, first to Nova Spinks in 1974. Then after the couple divorced, he married Betty Spinks whom he divorced in 2004. He married a third time to Brenda Spinks in 2011. Spinks also had three children as well.