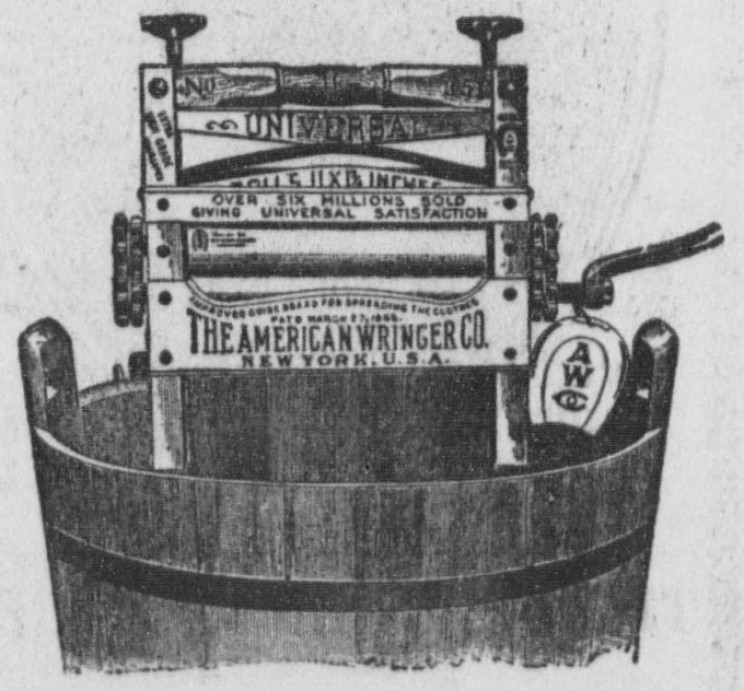 In the late 1800s, Ellen Eglin revolutionized the chore of laundry with the invention of the clothes wringer and, in the process, made her mark on African American and women’s history. Born in 1849 in Washington, D.C., little is known about Eglin’s early life. As a young adult, she worked as a clerk in the local census office and also spent time as a domestic. As a housekeeper, Eglin passed many hours engaged in backbreaking laundry work. The task of scrubbing clothes by hand on a washboard and then wringing out the water eventually sparked Eglin’s desire to improve the laundry process, and her idea for the clothes wringer was born.

In 1888, Eglin completed her groundbreaking device. The clothes wringer was a device that had two wooden rollers attached to a crank; after being washed and rinsed, wet clothes were fed between these rollers and excess water was squeezed out. The clothes were then hung to dry, a process which took significantly less time thanks to the wringer. Although the design was hugely popular well into the 20th century, Eglin received almost no credit and none of the financial success of her own invention.

At a time when few female inventors could claim the rights to their inventions, Eglin’s race further complicated her success. In an interview with an 1891 magazine that highlighted female inventors, Eglin said, “You know I am Black and if it was known that a negro woman patented the invention, white ladies would not buy the wringer.” Eglin’s knowledge that racial bias would prevent the wringer’s success caused her to sell the design to an unknown white agent for only $18. By 1900, Eglin’s invention found a home with the American Wringer Company. This company grew rich from profits earned from Eglin’s invention.

Eglin’s creative problem-solving did not stop with the wringer; she told the magazine that she was in the process of creating another invention and planned to patent it in her own name so that her identity as a Black female inventor would be known. Part of Eglin’s plan included presenting her new design at the Women’s International Industrial Inventors Congress (WIIIC), where, anyone was invited regardless of race. Unfortunately, Eglin never appeared at the WIIIC and the mystery invention was never documented.

Little is known about the end of Ellen Eglin’s life, including the place or date of her death. While the limited documentation of her life leaves minimal knowledge about the inventor herself, her clothes wringer was widely popular well into the twentieth century.