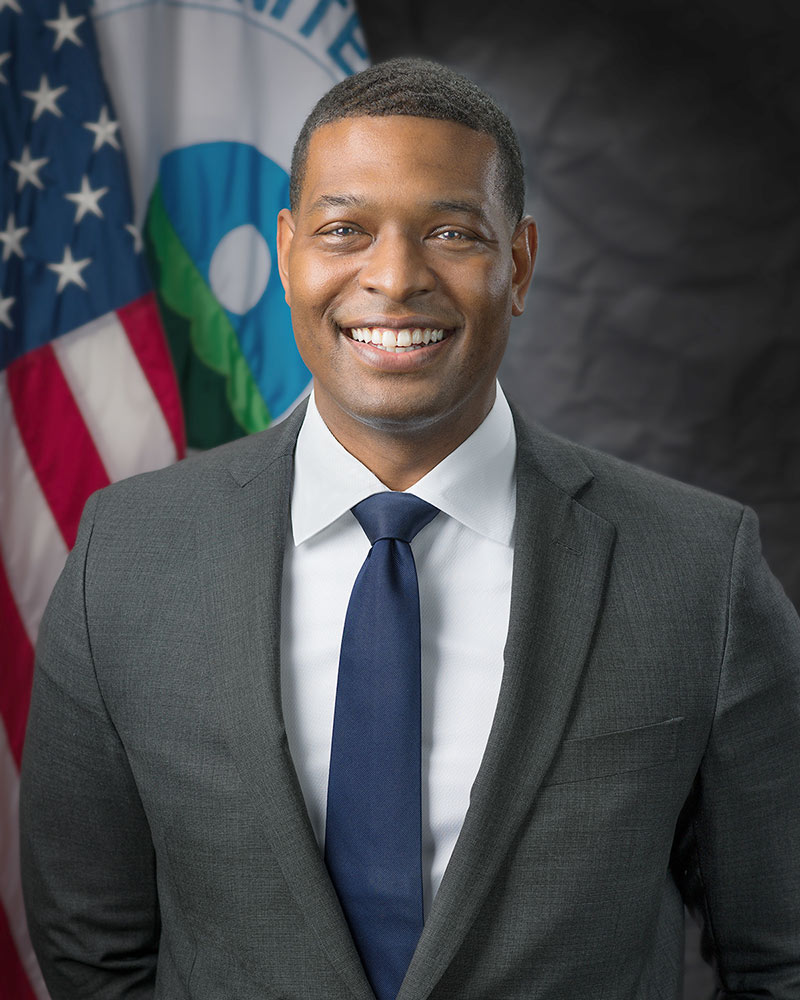 Michael Stanley Regan, Sr. is the first African American to lead the United States Environmental Protection Agency (EPA) and its 16th Administrator. He was nominated to serve as Administrator by President Joe Biden on December 17, 2020. The United States Senate confirmed the nomination on March 10, 2021. Regan is also the first African American to serve as the environmental regulator secretary of the North Carolina’s Department of Environmental Quality. He is also a former air quality specialist in the EPA.

Michael Regan was born August 6, 1976, in Goldsboro, North Carolina. He is the son of Zeb Stuart Regan Jr., a Vietnam veteran and retired colonel in the North Carolina Army National Guard, and Mavis Regan. Regan has two siblings a brother Zeb Stuart, III and a sister, Chrystal.

Regan began his career serving in a summer internship after his college graduation in 1998, in the United States EPA’s Office of Air Quality Planning and Standard in Research Triangle Park, North Carolina. He continued to serve in the EPA’s two-year management internship program in the fall of 1998 at the headquarters in Washington, D.C. From 2006 to 2008 Regan served as the National Program Manager, Program Design, in the Office of Air Quality Planning & Standards. Regan served as an environmental regulator from 1998 to 2008.

From 2013 to 2015, Regan served as Senior Director, State Strategic Implementation for the U.S. Climate and Energy Program. He later served as the Environmental Defense Fund Associate Vice President, U.S. Climate and Energy & Southeast Regional Director from 2015 to 2016. Regan founded his own consulting company M. Regan & Associates, LLC in 2016 but dissolved it the following year when Governor Roy Cooper named Regan Secretary of the North Carolina. Department of Environmental Quality, where he served in the Governor’s 17th Cabinet Secretary in that post. As Chief Executive Officer of the Department, he oversaw approximately $2 billion dollars in state-owned assets, 1,600 employees, and seven regional offices across the state.

Regan has served on several environmental boards and commissions, including the University of North Carolina-Chapel Hill School of Law Center for Climate, Energy, Environment and Economics, Green 2.0, the North Carolina Commission on Global Climate Change, the North Carolina Energy Policy Council, and the Executive Steering Committee of Envision Charlotte.