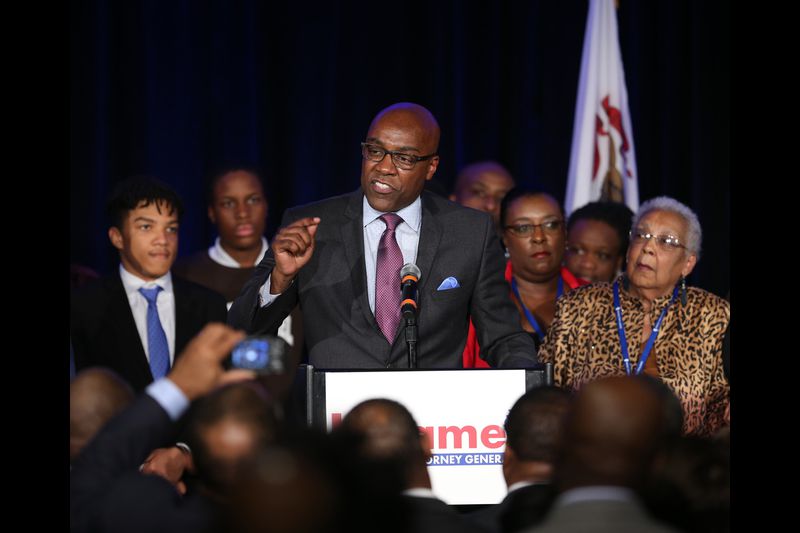 Kwame Yves Raoul is a lawyer, a member of the Chicago Chapter of 100 Black Men, and the 42nd Attorney General of Illinois. A first-generation Chicagoan, Raoul was born on September 30, 1964 to Haitian immigrant parents Dr. Janin and Marie Therese Raoul. The third child and only son, he grew up with older sisters Edwidge and Ninaj in the affluent Hyde Park neighborhood.

Raoul attended the now-defunct Harvard St. George Elementary School, the prestigious Ancona School, and the exclusive University of Chicago Laboratory Schools from 1977 to 1982. A knack for math led him to engineering and the Illinois Institute of Technology but he soon transferred to DePaul University. He graduated in 1987 with a bachelor’s degree in Political Science and completed his juris doctorate at the Chicago-Kent College of Law in 1993.

Raoul started his legal career as a prosecutor in the Cook County State’s Attorney’s office and in between working in labor law as a Senior Staff Attorney at the City Colleges of Chicago. He also opened a private practice in 1993. Inspired by his father, who took his children back to Haiti instead of Disney World on family vacations to tend to the poor in his native country, Raoul often represented indigent clients.

In early interest in politics lead him to run for alderman of Chicago’s 4th Ward in 1995 and 1999. The election defeat did not deter him and in 1996 he launched a bid to capture the 12th District state Senate seat for the Democrats. His run was hailed by the city’s papers, but he did not win.

Raoul refocused his energy on the law as a partner in Jean-Baptiste Raoul but ventured back into politics after deepening his connection to his community. The organization of volunteer legal clinics in each ward among other ward support activities prepared him for when fellow Southsider Barack Obama vacated his State Senate seat for the United States Senate. Obama’s win convinced Raoul that he could win, too. He was sworn into the Illinois State Senate, representing the 13th District in 2004.

Holding the seat for 14 years, Raoul championed abortion rights, was a co-sponsor of his state’s ratification of the Equal Rights Amendment, and a co-sponsor of the Equal Wage Act. He earned a major victory when a co-sponsored bill helped abolish the death penalty in Illinois in 2011. In between fighting for criminal justice reform, Raoul practiced law as a partner with Quarles & Brady LLP from 2012 to 2019.

A deep commitment to affordable healthcare and gun violence prevention, convinced Raoul that the office of state Attorney General stood between the federal government and harmful civil rights rollbacks. As a consequence, Raoul began preparing to make a bid for Attorney General.

Raoul defeated fellow attorney and former Miss America Erika Harold, a Republican, with 54% of the vote in the general election. He is the second African American Attorney General in Illinois state history after Roland Burris.

A Kappa Alpha Psi fraternity brother, co-founder of the Haitian American Lawyers Association of Illinois, Inc, he established the Janin and Marie Raoul Foundation which advocates for healthcare and human rights.

Kwame Raoul resides in Chicago, Illinois with his wife Kali Evans and their two children Che and Mizan.