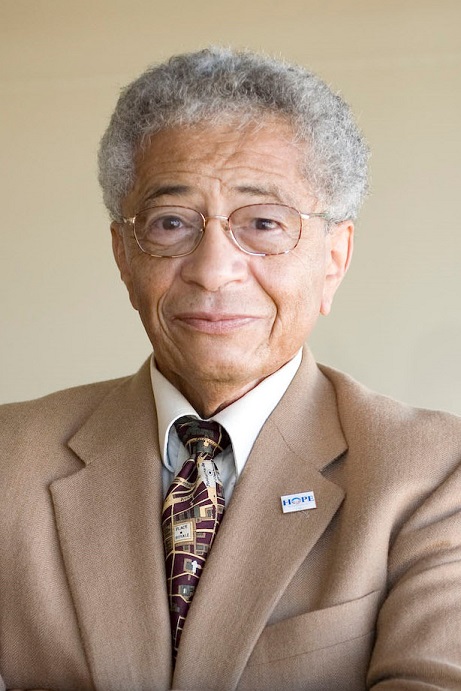 McGee received a B.A. in 1954 from Medill School of Journalism, Northwestern University. In 1957 he began law practice after receiving the Juris Doctor degree from Chicago’s DePaul University College of Law, where he was Law Review Editor in Chief. Following graduation, he worked as county prosecutor, private firm litigator, and regional director of the U.S. Office of Economic Opportunity Legal Services Program.

During Freedom Summer, 1965, McGee came to the aid of civil rights workers in Mississippi, serving as a lawyer for Student Non-Violent Coordinating Committee (SNCC) members who were arrested for assisting with African American voter registration.

In 1969, McGee was awarded the Master of Laws (LL.M.) from Columbia University Law School. He was one of the first two Black hires in 1969 by the University of California at Los Angeles (UCLA) School of Law where he taught Criminal Law and Housing Law. He was director of the UCLA Center for Afro-American Studies in 1970 and again in 1974-1976. In 1982 and 2002, he received Fulbright teaching and research awards for work in Madrid, Granada, and Barcelona, Spain. McGee took early retirement as professor emeritus from UCLA in 1994 and later that year became the first faculty member of color to join the ranks of tenured faculty at Seattle University School of Law.

During his academic career McGee had visiting invitations in Mexico, the Caribbean, Central and South America, Europe and Africa. In the U.S., he was visiting professor at Fordham University and the University of Washington. He was a Visiting Fellow at Oxford University in Great Britain in 1973. His prolific scholarship, in Spanish and English, includes a co-authored Housing case book and more than 25 articles in juried law reviews. One of his most widely cited articles is a demographic analysis titled Seattle’s Central District, 1990-2006: Integration or Displacement” which appears here on BlackPast.

In 1996 McGee married Victoria Kill, a professor of English at Seattle University. He retired from the Seattle University School of Law in 2015 at the age of 82 and was honored by the Metropolitan King County Council for “a career and life dedicated to racial and economic justice.”

McGee received the Arthur Sutherland Public Service Award at the University of California at Los Angeles in 1990. In 2011, he was honored with the AALS Clyde Ferguson Award.

McGee is an accomplished violinist who played in community orchestras. He is a member of Sigma Pi Phi and Alpha Phi Alpha Fraternities, serves on the board of Futurewise Seattle, and is a Fellow of the Mexican Academy of Private International and Comparative Law. He is also currently a board member of the Seattle Low Income Housing Institute (LIHI), a board member of The Breakfast Group, and a member of the Museum Development Board for the Seattle Art Museum.