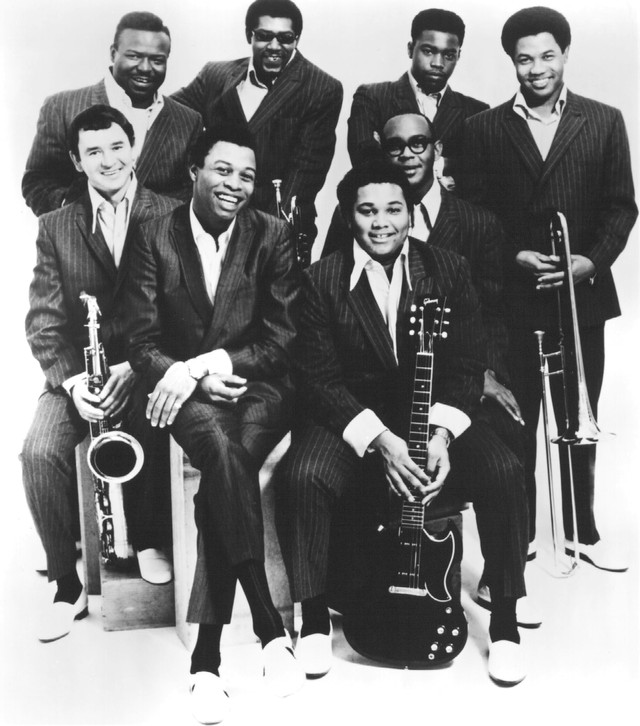 Charles Wright and the Watts 103rd Street Rhythm Band is a soul and funk band that was best known for their 1973 hit song “Express Yourself.” The group consists of members Charles Wright, Al McKay, Benorce Blackmon, Gabe Flemings, Melvin Dunlap, James Godson, Big John Rayford, Bill Cannon, and Ray Jackson. The group was established in 1962 when Wright formed a band called Charles Wright and the Wright Sounds. Over the next years, Wright would add more members to the group and they would become the Watts 103rd Street Rhythm Band.

The group performed at various venues across Los Angeles, including the Hollywood Haunted House nightclub. In 1967, the group later landed a record deal with Warner Brothers Records after performing with comedian Bill Cosby. They released their first album, Hot Heat and Sweet Groove in 1968 but it failed to sell 500,000 units. A year later, in 1968, the group released their second album, Together, which charted on the U.S. Billboard 140 but failed to sell 500,000 units. In 1969, the group released its third album, In the Jungle Babe. This album reached 145 on the U.S. Billboard chart but the single from the album, “Love Land,” reached number 16 on the Billboard Hot 100 chart and number 23 on the U.S. R&B chart.

In 1969, the group lost original band member Al McKay who joined Earth, Wind, and Fire. He was replaced by Benorce Blackmon. In 1970, the group released its fourth album, Express Yourself. The album featured their single with the same name which reached number 12 on the Billboard Hot 100 and number 3 on the U.S. R&B chart. “Express Yourself” was also nominated for a Grammy Award for Best R&B Performance by a Duo or Group with Vocals in 1971. They lost to The Delfonics’ single “Didn’t I (Blow Your Mind This Time).” Nonetheless, “Express Yourself” would be sampled by a new generation of artists such as Niggas with Attitude (NWA) in their 1989 hit song called “Empress Yourself.”