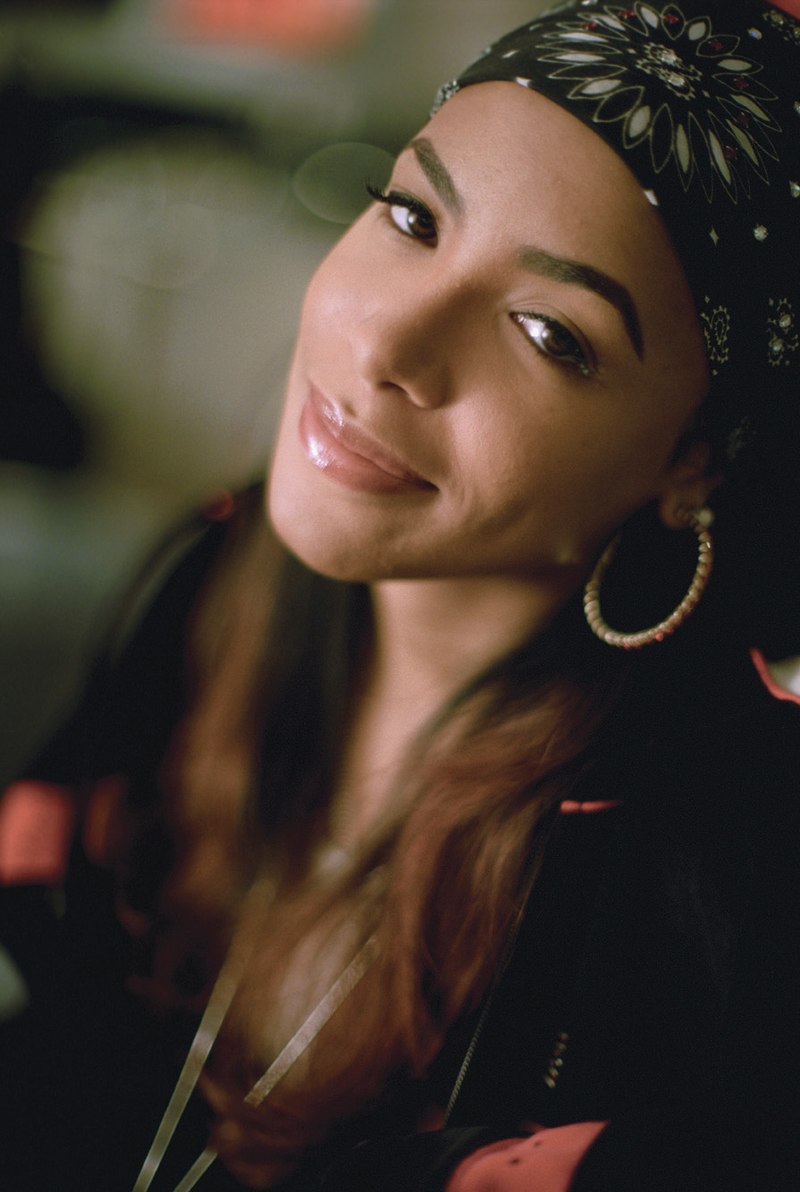 Aaliyah Dana Haughton was a singer, actress, dancer, and model. Aaliyah was born on January 16, 1979, to Diane and Micheal “Miguel” Haughton in Brooklyn, New York. Growing up, her mother got her involved in vocal lessons. She performed at weddings, churches, and charity events. When she was five years old, her family moved to Detroit, Michigan. In 1989, ten-year-old Aaliyah appeared on Star Search, where she performed the song “My Funny Valentine.” Aaliyah attended the Detroit High School for the Fine and Performing Arts in Detroit, Michigan.

Aaliyah’s uncle, Barry Hankerson, signed her to his record label, Blackground Records, in 1993 when she was 14. Hankerson also introduced her to Robert Sylvester “R. Kelly” Kelly who became Aaliyah’s mentor. He produced her debut album, Age Ain’t Nothing But a Number, in 1994. The album featured the singles “Back and Forth,” “At Your Best (You Are Love),” “Age Ain’t Nothing but a Number,” “Down with the Clique,” and “The Thing I Like,” sold two million units, and was certified double platinum. It was also nominated for a Billboard Music Award (1994), an American Music Award (1995), and two Soul Train Music Awards (1995).

In 1996, Aaliyah signed with Atlantic Records. She collaborated with producers Timothy Zachery “Timberland” Mosley and Melissa Arnette “Missy Elliot” Elliot. Aaliyah released her second album, One In A Million which featured the singles “If Your Girl Only Knew,” “Got to Give It Up,” “One In a Million,” “4 Page Letter,” “The One I Gave My Heart To,” and “Hot Like Fire.” That album sold three million units and was certified multiplatinum. The album was also nominated for a Soul Train Music Award for Best R&B/Soul Album.

In 2001, Aaliyah released her final album, Aaliyah. This album featured the singles “We Need a Resolution,” “More Than a Woman,” and “Rock the Boat.” Her last album also sold two million units and was certified double platinum. Aside from her music career, Aaliyah also acted in the films Romeo Must Die (2000) and Queen of the Damned which was released after her death in 2002).

Despite her rapid rise to success, Aaliyah’s career was marred by controversy. In 1994, she was illegally married to R Kelly without her parents’ permission. The marriage certificate said that Aaliyah was 18 years old although she was 15 at the time and R Kelly was 27. Her parents annulled the marriage in February 1995.

On August 25, 2001, Aaliyah was killed in a plane crash along with eight others in Marsh Harbour, the Bahamas. Aaliyah, who was 22 years old, was leaving the Bahamas after filming a video of her single, “Rock the Boat.” Her private funeral held on August 31, 2001 at the Church of St. Ignatius Loyola in Manhattan attracted numerous celebrities including Missy Elliot, Timberland, Gladys Knight, Kimberly Denise “Lil Kim” Jones, and Sean “Puff Daddy” Combs.