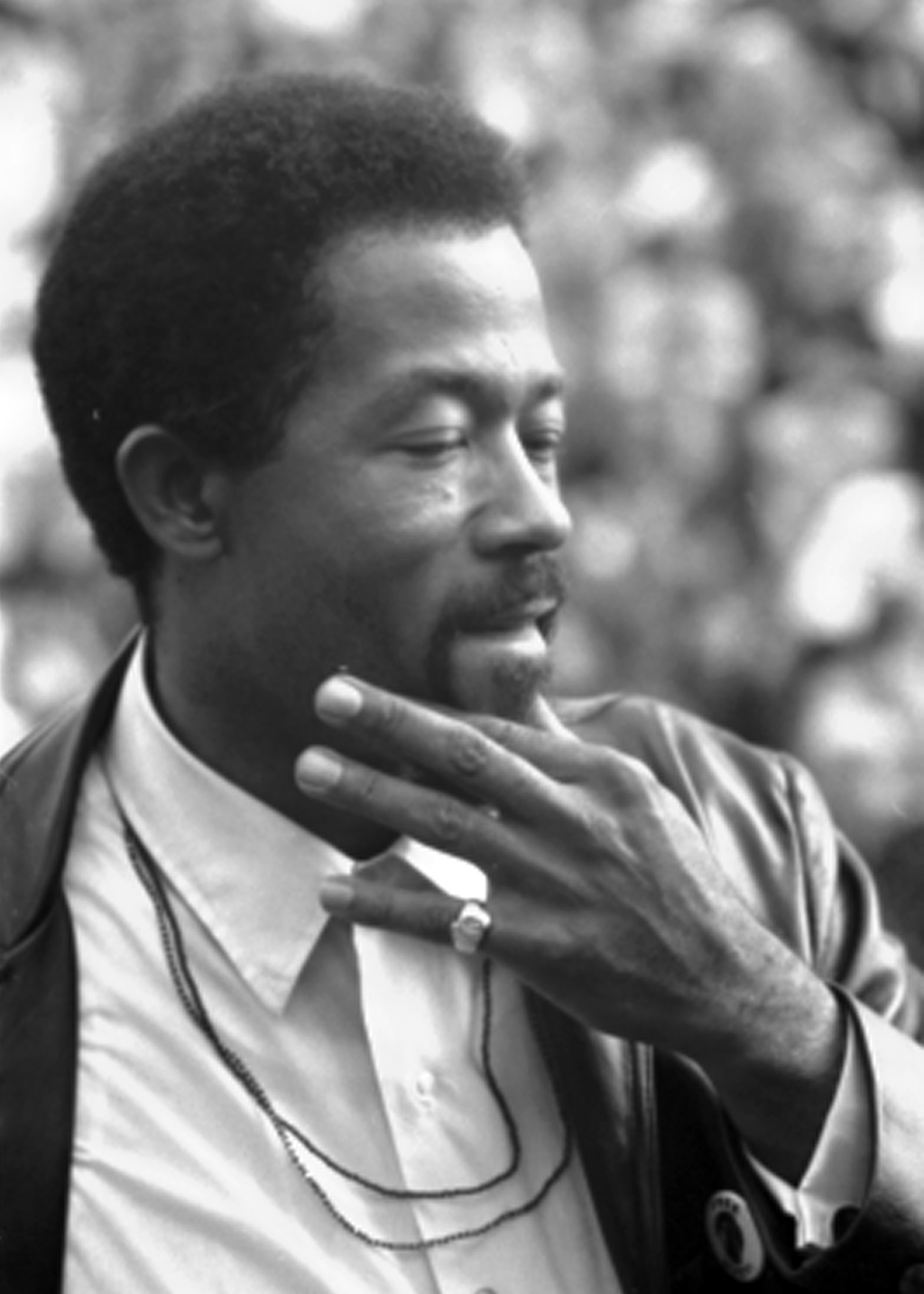 Eldridge Cleaver, author and civil rights activist, was born on August 31, 1935 in Wabbaseka, Arkansas.  Cleaver, a child of six, lived in a household where his father abused his mother.  The Cleavers moved to Phoenix, Arizona and finally settled in Los Angeles, California where Cleaver spent much of his childhood in and out of reform schools for petty crimes.  In 1957, at the age of 22, he was convicted of assault with intent to commit murder and sent first to California’s San Quentin Prison and then transferred to Folsom Prison.  As an inmate, Cleaver spent most of his time reading works by Thomas Paine, Voltaire, Karl Marx, and Richard Wright.  He was also inspired by the teachings of Malcolm X who was assassinated during his incarceration. Their writings influenced him to write, in prison, a collection of essays on race and the black revolution.  Those essays were published as the book Soul on Ice in 1968, two years after his release from prison.

In 1966, Cleaver joined the Black Panther Party for Self-Defense shortly after it was founded by Huey Newton and Bobby Seale in Oakland.  Cleaver became the Party’s first information minister.  The following year he married fellow Black Panther Party member Kathleen Cleaver.  Due to the popularity of Soul on Ice, Cleaver soon became one of the best known Panther leaders, a position enhanced by his 1968 run for U.S. president on the Peace and Freedom Party ticket.  That same year Cleaver was severely wounded during a shootout between Black Panthers and Oakland police.  Facing attempted murder charges, he skipped bail and fled the United States, living in exile in Mexico, Algeria, Cuba, and France.

When Cleaver returned to the U.S. in 1975, he experienced a political transformation.  He denounced the Black Panther Party and told the media that he would receive a fair trial in the American legal system.  After a long legal fight, the court dropped his attempted murder charge and he was placed on probation for assault.

In the 1980s Cleaver’s political and religious views continued to move rightward.  He became a born-again Christian, anti-communist, and conservative Republican.  In 1986, Cleaver made an unsuccessful bid for the Republican nomination for a Senate seat in California.

In the late 1980s Cleaver left the political scene.  He became addicted to crack cocaine.  In 1988, a judge placed him on probation for convictions of burglary and cocaine possession.  In 1992, Cleaver was arrested yet again for cocaine possession, but a judge dismissed the charges after determining police officers improperly arrested him.

As a recovering addict, Cleaver recommitted himself to evangelical Christianity and later joined the Church of Jesus Christ of Latter Day Saints.  He later found work as a diversity consultant at the University of La Verne, near Los Angeles.  On May 1, 1998, Cleaver died in Los Angeles at the age of 62.