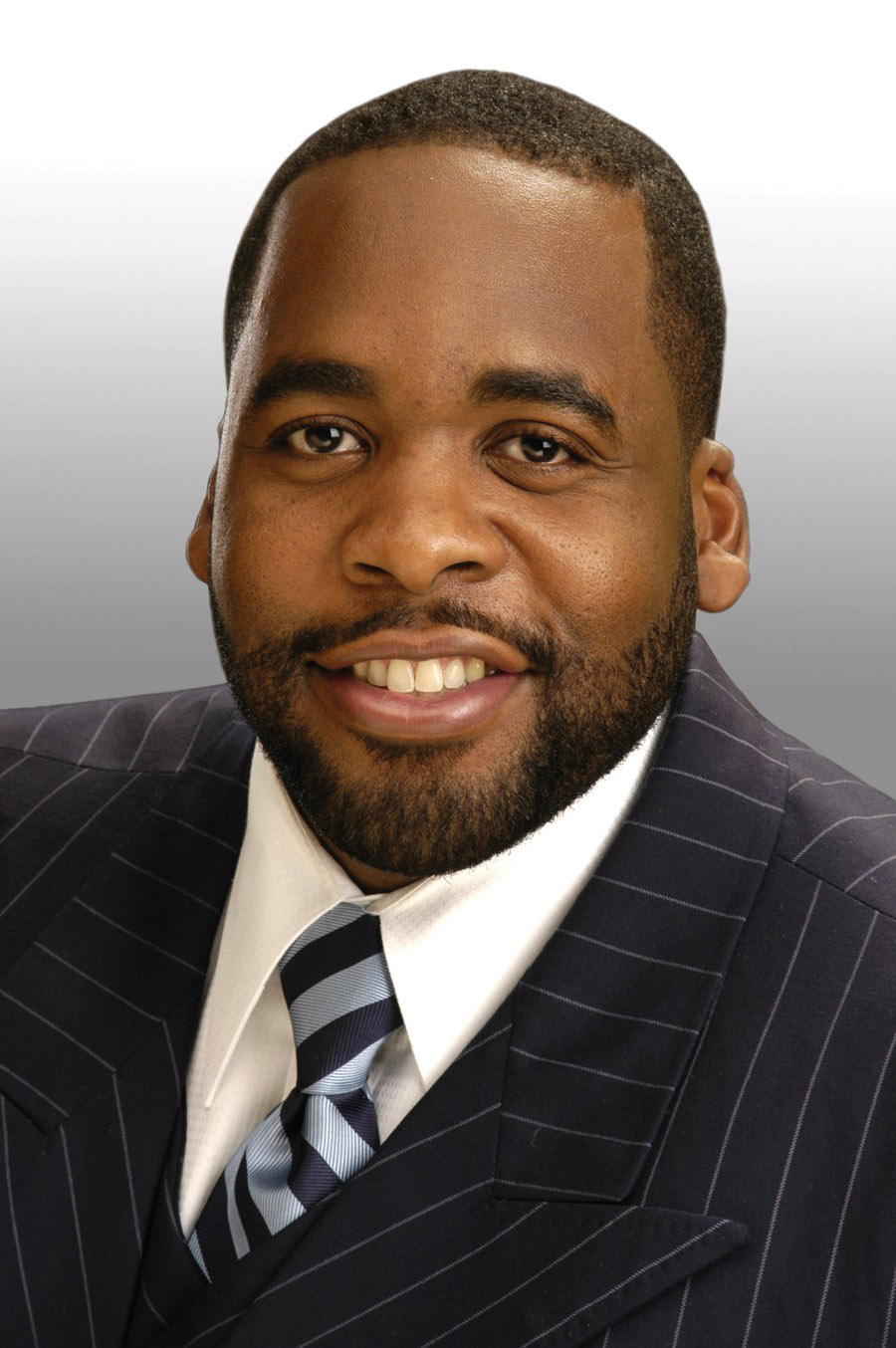 Kwame Kilpatrick is a former American politician who served as a Democratic Michigan state representative and Mayor of Detroit from 2002 to 2008.

Kilpatrick was born in Detroit, Michigan on June 6, 1970, to Carolyn and Bernard Kilpatrick. He attended Cass Technical High School and received a scholarship to Florida Agricultural and Mechanical (A&M) University. During his time Kilpatrick was the captain of the football team (Rattlers) and became a member of the Alpha Phi Alpha Fraternity. He graduated with a bachelor’s degree in Political Science in 1992, returned to Detroit, and taught at the Marcus Garvey Academy. Kilpatrick married his college sweetheart, Carlita, on September 9, 1995. The couple have three children. He then attended the Detroit College of Law (now the Michigan State University College of Law), receiving his Juris Doctor degree in 1999.

Kilpatrick’s political career began in 1996 when he was elected to the Michigan House of Representatives to fill the seat vacated by his mother. In 2001, Kilpatrick at age 31 became the youngest person to be elected Mayor of Detroit. While in office, however, Kilpatrick misused city funds and subsequent lawsuits inspired by Kilpatrick’s actions cost the city of Detroit $14 million. At a time when the city faced huge deficits and had an unemployment rate of 14%, he was ordered to pay back $9,000.

As Mayor of Detroit, Kilpatrick served as Vice President of the National Conference of Democratic Mayors and was a trustee of the U.S. Conference of Mayors. He was reelected in 2005, but was forced to resign his post in 2008. During a 2007 trial, Kilpatrick committed perjury when he denied having an affair with his then Chief of Staff, Christine Beatty. Kilpatrick was charged with obstruction of justice and spent 120 days in jail as part of a guilty plea.

In 2013, Kilpatrick was convicted on 24 felony counts, including racketeering and bribery, resulting in a 28-year prison sentence. He was serving his time at a federal prison in Oklahoma, but in June of 2018, Kilpatrick was moved to a low security Federal Correctional Institution at Fort Dix, New Jersey. Although he has lost all appeals, Kilpatrick is still appealing his $1.5 million dollar restitution bill to the Detroit Water Department. Kilpatrick currently owes $7.4 million for a judgment to a contractor who claimed he and co-defendant Bobby Ferguson, unfairly steered water contracts to Ferguson; $852, 000 to the City of Detroit for his perjury trial, and $195.000 to the IRS for unpaid taxes. Kilpatrick and wife Carlita’s divorced in August 2018. The disgraced former Mayor has asked President Donald Trump for a pardon, but has only received more fines for his crimes. He was most recently ordered to pay back an additional $500,000 for personal luxury items, bringing his restitution costs to over $11 million dollars.