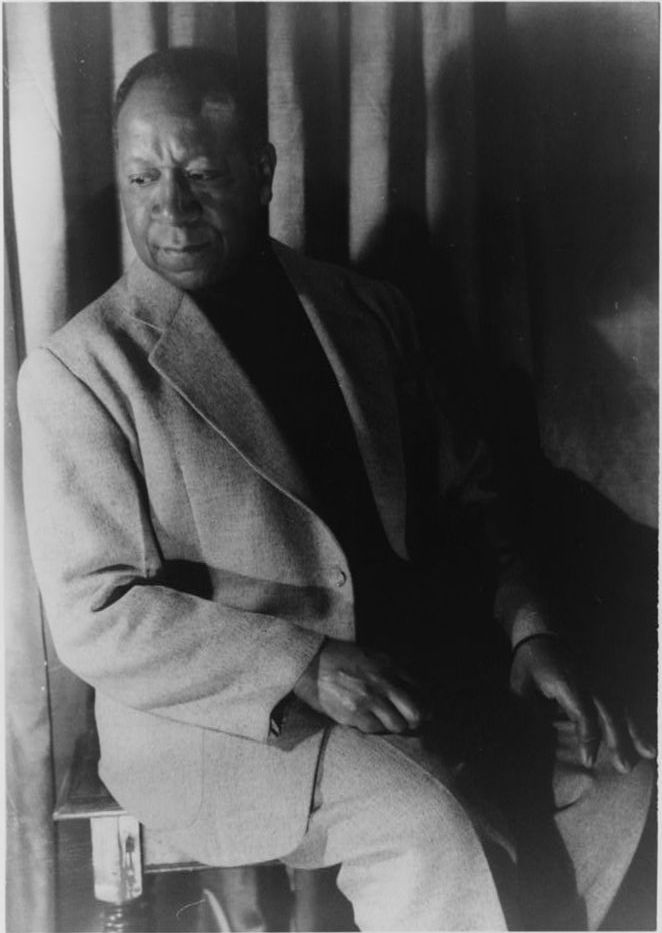 World-renowned painter Beauford Delaney was born on December 30, 1901, in Knoxville, Tennessee, to Samuel Delaney, a barber and a Methodist minister, and Delia Johnson Delaney, a seamstress born of slave parents. They had ten children. Two of the sons were painters, including Joseph Delaney. Beauford attended the racially segregated Austin High School in the city.

Knoxville’s prominent Impressionist artist Enoch Lloyd Branson discovered Delaney’s varied skills in painting and drawing during his teen years. By 1915, Delaney at 14 completed his first commissioned painting. After being an apprentice for Branson, in 1923, Delaney was encouraged to leave the south for Boston, Massachusetts, to study at the Massachusetts Normal School (now the South Boston School of Art) and took evening classes at the Copley Society, where he studied Classical art informally. While in Boston, Delaney earned earn money by painting portraits on street corners.

In 1929, Delaney left Boston for New York City to join the Harlem Renaissance where he developed a reputation as a Modernist abstract painter. He consistently applied thick-coated paint and explored vivid colors. Also, in 1929, Delaney was one of the artists in the show “Four Sunday Painters,” held at the Whitney Studio Galleries shortly after his arrival to the city. However, his first one-person exhibition was in 1930 at the 135th Street branch of the New York Public Library in Harlem (now the Schomburg Center). Five years later, in 1935, Delaney was part of the mural project at the Harlem Hospital supported by the Works Progress Administration (WPA). In 1938, he traveled to Washington, D.C., for another one-person exhibition at a gallery. His work was included in Life magazine, October 1, 1930, where the editors reserved a section on African American artists “Their Artists are Gaining in Skill and Recognition.”

Delaney’s most recognized oil canvas painting was “Can Fire in the Park” completed in 1946. In 1948, he founded an art studio in New York’s Greenwich Village where he became known for his pastel portraits of the legendary W. E. B. Du Bois and Duke Ellington. Delaney became a fixture in the gay (now LGBTQA) bohemian community. At the same time, he was discreet in the black community. He adopted writer-activist, James Baldwin, as a godson, and protected his well-being financially and emotionally.

In 1951, Delaney received a fellowship to the Yaddo Art Colony in Saratoga Springs, New York. The next year, however, he at 52, left the United States for Paris, France, on steamship Liberté. There he incorporated the techniques of Vincent Van Gogh and employed the design principles of abstract expressionism to further develop his style further. By the late 1960s, for the first time he was he able to support himself financially by selling his paintings and with a grant from the National Council of the Arts in 1969.

In 1971, Delaney traveled by train to Brindisi, Italy, and then on to Patras, Greece, via ferry, Delaney’s increased drinking caused him to hear “voices.” It also led to his physical and mental decline. After a nervous breakdown, he was transported to a hospital in Athens until a friend brought him back to Paris and committed him to Centre Hospitalier Sainte Anne.

On March 26, 1979, Beauford Delaney died at Centre Hospitalier Sainte Anne in Paris, France. He was 79.