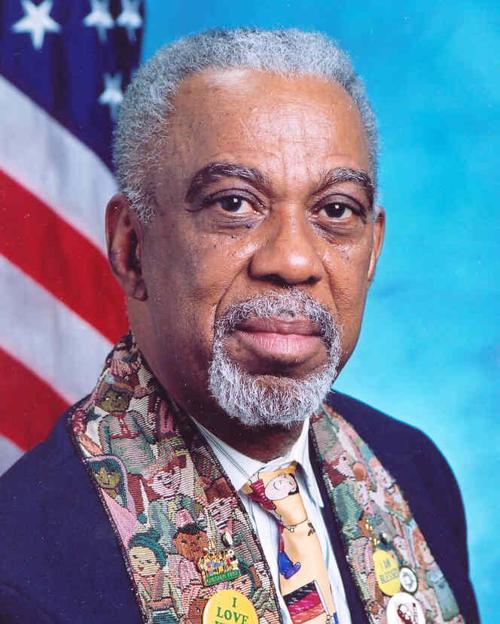 Arthur O. Eve was the longest serving member of the New York State Assembly, serving from 1967 until his retirement in 2002. He was also the first Dominican American to be elected to public office in the United States. As deputy speaker of the Assembly from 1979 to 2002, Eve was the highest ranking African American in the New York state legislature.

Eve was born on March 23, 1933, in New York City. His father was an immigrant from the Dominican Republic. Eve was raised in Florida after his parents divorced. He obtained an Associate degree from Erie Community College in Pennsylvania and a Bachelor of Science degree from West Virginia State College.

Eve served in the U.S. Army from 1953 to 1955, rising to the rank of corporal. He later worked in a Chevrolet assembly plant and then for the parks department in Buffalo, New York. Eve successfully ran for office in 1966 to become the Assemblyman for the 141st Assembly District in the Buffalo area.

During Eve’s first legislative term he established the Educational Opportunity Program (EOP), which continues to help economically disadvantaged students attend college at branches of the State University of New York. Eve was a founding member of the Black and Puerto Rican Legislative Caucus and served as its chair from 1975 to 1976. He also sponsored legislation that required affirmative action on state-financed projects.

Eve founded the Black Development Foundation and the Black Business Development Corporation. He was also the chair of the New York State chapter of the National Rainbow Coalition, an organization which promoted the candidacy of Rev. Jesse Jackson for President in 1984 and 1988. Eve received the Adam Clayton Powell award in 2000 and the Kennedy Center Award for Distinguished Leadership in Arts-in-Education. He was the recipient of the President’s Distinguished Service Award from the State University of New York at Buffalo. Eve was most proud of his legislative efforts to secure quality education for students of color. After his retirement from elected office, Eve established a foundation to provide after school tutoring for students from underperforming schools.

Eve is married to Constance Bowles, also a West Virginia State College graduate, and they have five children. Eve’s daughter, Leecia Eve, an attorney, was an aide to Governor Andrew Cuomo and to Senator Hillary Clinton, and also ran as a candidate for lieutenant governor in 2006 and for state attorney general in 2018. Eve’s son Arthur O. Eve, Jr. was a vice-chairman of the Erie County Democratic Party and was a candidate for mayor of Buffalo. Eve’s other son, Eric Eve was the New York State chair of Vice-President Al Gore’s presidential primary campaign in 2000.