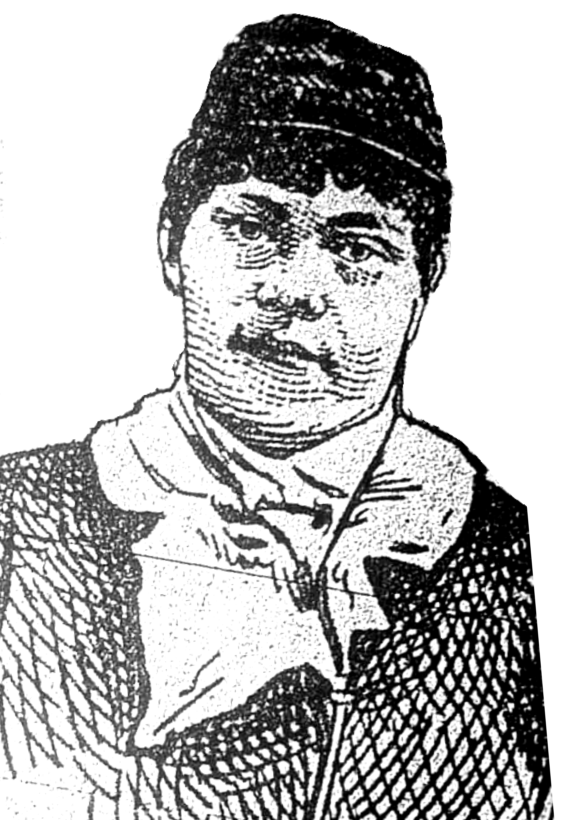 Anna R. Woodbey, an early suffragist and minister, was the first known African American woman to be nominated on a state ticket by a political party. Born in Pennsylvania in February of 1855, little is known of Woodbey’s parents other than her mother was born in Virginia and her father was born in Maryland. She spent the majority of her early in Ontario Canada and Michigan until moving to Emporia, Kansas in 1871 where she met George Washington Woodbey, a politician and activist. The couple married in 1873 and had their first child, Mary Woodbey in May of 1881. In 1882, she moved with her family to Omaha, Nebraska to preach and to join the Nebraska Prohibition Party. She gave birth to her two sons, George Woodbey in February of 1884 and William Woodbey in 1890.

As a minister and orator, Woodbey quickly earned a distinguished reputation in Nebraska and became heavily involved with suffrage and political campaigns as well as religious leadership. She spoke at the Woman’s Suffrage Convention in Hastings Nebraska where she was a member. Her strong prohibitionist stance led her to join the Omaha Women’s Christian Temperance Union (WTCU) in 1885 becoming the chapter’s first Black member and later serving as president in the early 1890s. She dedicated most of her efforts in politics to the Nebraska Prohibition Party whose platform focused on issues relating to the regulation of railroads, reforming the electoral system to allow citizens to directly vote for senators, and expanding voting to citizens regardless of race or sex.

After her husband became pastor of the Omaha Baptist church in 1883, Woodbey toured nationally speaking on temperance and voting rights. She later became vice president of the Negro Woman’s Club of Omaha and president of the Woman’s Home and Foreign Missionary Society with both organizations connected to the Baptist church. In 1890, she worked on congressional party campaigns in efforts to add a Prohibition Amendment to the state constitution. Because of her work, during the 1895 Nebraska Prohibition Party’s statewide convention, its presidential candidate Lincoln E. Bentley nominated Woodbey to run for University of Nebraska Regent. Though unsuccessful in her bid, she received an impressive statewide total of 6,225 votes compared to a fellow Prohibition Party nominee Josiah Bryant who received 869 votes.

Notwithstanding, Woodbey continued to serve in leadership roles within the Prohibition party, later serving as a Douglas County alternate delegate for the 1896 party convention. She also remained deeply enmeshed in church activities serving alongside her husband. Often times, she filled his position in leading worship during his absence in addition to ministering and conducting revival meetings in parts of Nebraska and Kansas, including Mt. Pisgah Church and Jefferson Square.

Anna Woodbey passed away in Omaha, Nebraska at the age of 46 from unknown causes in April of 1901.