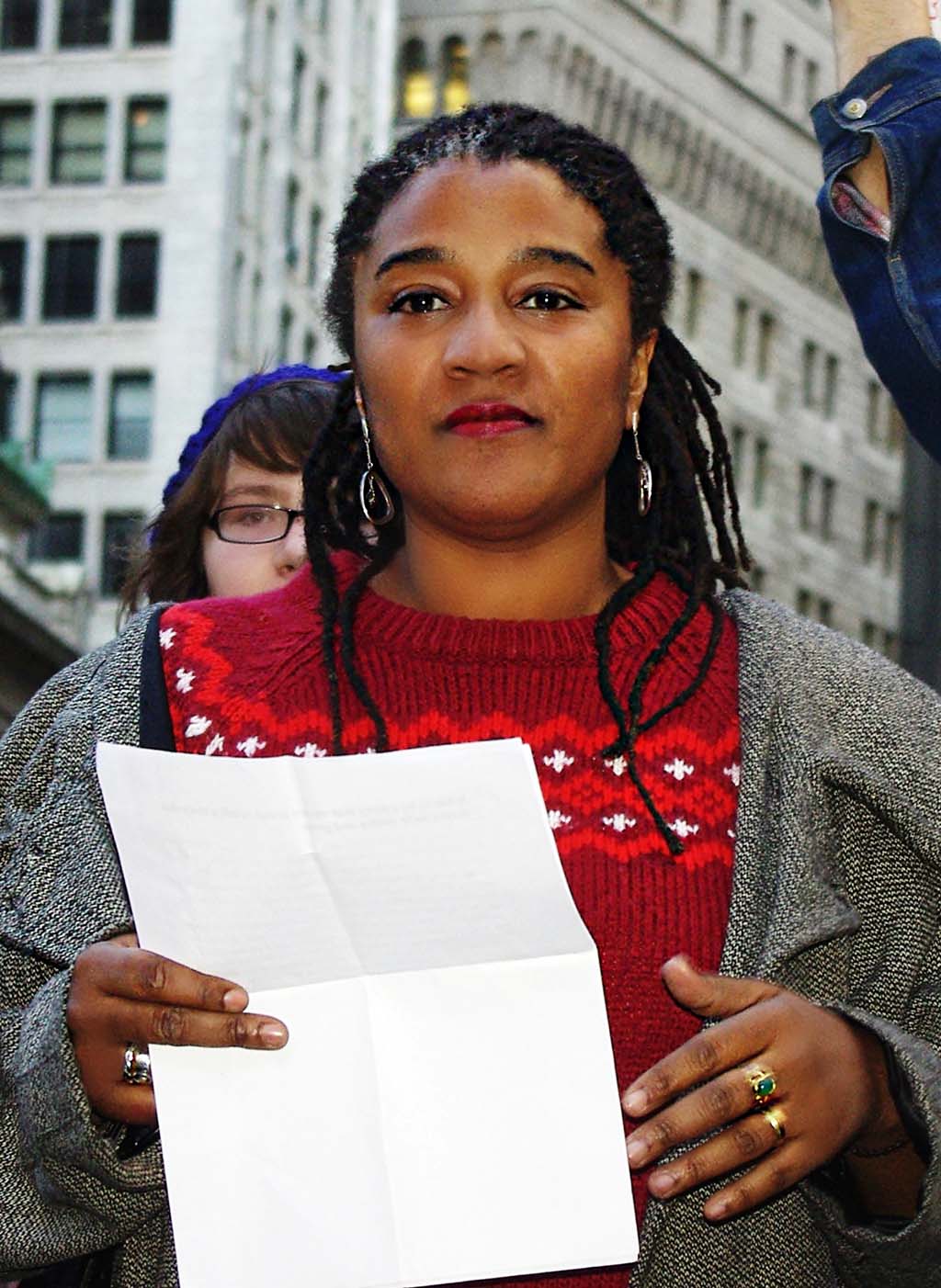 Lynn Nottage, an award-winning American playwright, was born on November 2, 1964 in Brooklyn, New York. Her mother was a schoolteacher and her father was a child psychologist. Nottage was inspired by school productions to write her first play, The Darker Side of Verona, which is about an African American Shakespearean company.

Nottage is a graduate of both the High School of Music & Art, a Manhattan music magnet school, and Saint Ann’s School, a K-12 private school in Brooklyn, New York.  Nottage received a Bachelor’s in Arts degree from Brown University in 1986 and obtained a Master’s in Fine Arts degree from the Yale University School of Drama in 1989. After graduating she worked in the press office of Amnesty International for four years.

Nottage’s works portray rarely-captured moments in American history that revolve around complex issues in society with the lives of working class African American women in the early 20th Century. One of her most well-known works, Intimate Apparel, is based on the life of Nottage’s great-grandmother and follows Esther, a black seamstress in early 1900s New York City. The play won the 2004 Steinberg New Play Award.

Another one of Nottage’s critically acclaimed plays, Ruined, is about the lives of women caught in the middle of the Democratic Republic of Congo’s civil war in the 1990s. And Sweat portrays themes of identity, politics, and race by telling the story of working class people in Reading, Pennsylvania who are laid off from their jobs during the deindustrialization of the town.

Nottage has also been the recipient of many other awards and recognitions including the Mac Arthur “Genius Grant” Fellowship, Steinberg Distinguished Playwright Award, Laura Pels Master Playwright Award, Helen Hayes Award, Lee Reynolds Award, and the Merit and Literature Award from The Academy of Arts and Letters, to name just a few. Nottage is a board member for the Dramatist Play Service, Donor Direct Action, Second Stage, and The Dramatists Guild. She is also the co-founder of the production company Market Road Films, and has developed several original projects for television networks like HBO and Showtime. One of her most recent works is the She’s Gotta Have It TV series on Netflix directed by Spike Lee. The show premiered in November 2017 and was renewed in 2018 for a second season.

Lynn Nottage moved with her husband, independent filmmaker Tony Gerber, back to Brooklyn in 1997. She still resides here in the Borum Hill neighborhood of Brooklyn, in her parents’ old home. Nottage is currently an associate professor of theater at Columbia University as well as a guest lecturer in playwriting at the Yale School of Drama. She has two children, Ruby Aiyo, and Melkamu Gerber.