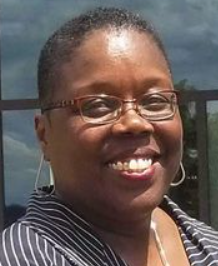 Shortly after graduating Nelson moved to Portland and worked as a public defender with Multnomah Defenders, Inc., a non-profit public interest law firm and then as an associate with the Bennett, Hartman, Morris and Kaplan, LLP law firm and as the Senior Attorney/ Coordinator of the Portland State University Student Legal and Mediation Services.

In 2006 Nelson was appointed by Oregon Governor Ted Kulongoski to a six-year term on the Multnomah County Circuit Court where she served as a trial judge for criminal and civil trials. This appointment made Nelson the second African American woman to become a judge in Oregon’s history and at one point was the only black judge in the state. She was re-elected for another six-year term to the court in 2012. In January of 2018 Governor Kate Brown appointed Nelson to the Oregon Supreme Court making her the first African American to serve on the highest court in Oregon state.

Over the years, Judge Nelson has been very active in the legal community. Currently, she sits on the American Bar Association (ABA) Standing Committee on Public Education, is the Oregon delegate to the ABA House of Delegates (before this position, she had been elected seven times as an Oregon State Bar (OSB) delegate), chairs the Lewis and Clark Law School Judge Roosevelt Robinson Scholarship Committee, and is president of the Owen M. Panner American Inn of Court.

In the community, Justice Nelson sits on the Reed College Board of Trustees, the Self-Enhancement, Incorporated (SEI) Board of Directors and is a past board chair.  She also sits on the Oregon Community Foundation Metropolitan Portland Leadership Council, and the Girl Scouts Beyond Bars Advisory Board.

Justice Nelson has been recognized for her service and mentorship to others.  On September 15, 2018, Self-Enhancement Inc. named her its Soul of the City Award recipient.  On October 20, 2016, the Boy Scouts Cascade Pacific Council named her a Whitney M. Young, Jr. award recipient for her community service.  In May 2016, the Multnomah Bar Association presented Justice Nelson with an Award of Merit.  In December 2015, the Oregon State Bar presented Justice Nelson with its Diversity and Inclusion Award.  On September 16, 2015, the Girl Scouts of Oregon and Southwest Washington named her a Marie Lamfrom Woman of Distinction.  In May 2015, Justice Nelson was named a member of the class of 2015 of the Council on State Government (CSG) Henry Toll Fellows, making her one of eight Oregonians selected for this leadership program. On May 21, 2012, Justice Nelson was named a White Rose honoree by the Oregon Chapter of the March of Dimes for her community service.  On October 1, 2011, Lewis and Clark Law School named her a distinguished honorary graduate for her mentoring and diversity activities at the school.  In 2003, Justice Nelson received the Oregon Women Lawyers (OWLs) Judge Mercedes Diez award for promotion of women and minorities in the legal profession and in the community.