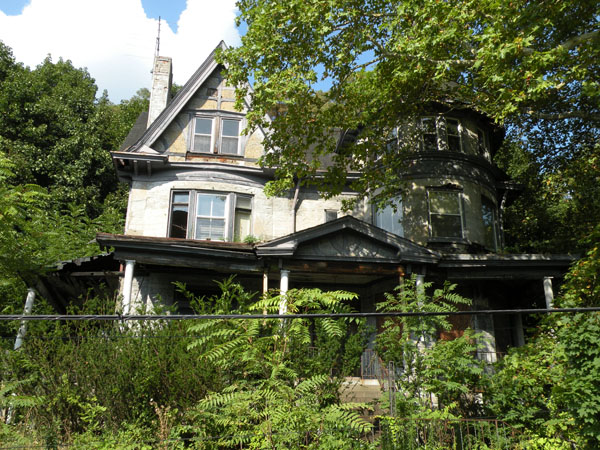 Mary Cardwell Dawson established the National Negro Opera Company (NNOC) in 1941 in Pittsburgh, Pennsylvania.  Born in North Carolina, Dawson graduated from the New England Conservatory of Music in 1925, the only African American in her class. Facing discrimination in her aspiration for a career as an opera singer herself, Cardwell Dawson instead became an activist in navigating racial barriers of the period by becoming an advocate for black musicians, using the NNOC as a training ground for rising black talent.

Mary Cardwell moved to Pittsburgh and in 1927 married Walter Dawson, an electrician. The couple purchased a commercial property, operating two businesses, Dawson Electrical Company occupying the ground floor, and the Cardwell Dawson School of Music on the second floor.  By 1939, Cardwell Dawson had established the nationally recognized Cardwell Dawson Choir, which performed at the 1939 World’s Fair in New York City, New York.  Cardwell Dawson by this point had became a successful promoter and manager of young African American artists and served as president of the National Organization of Negro Musicians.

In 1940 Cardwell Dawson began auditioning and rehearsing singers on the third floor of 7101 Apple Street, in the Homewood section of Pittsburgh.  By 1941 the performers who participated in those rehearsals were organized by Cardwell Dawson into the National Negro Opera Company (“NNOC”). The NNOC’s first performance was a production of Aida, held at Pittsburgh’s Syria Mosque in October 1941.

The NNOC quickly grew from a training ground for black classical arts performers and musicians to a host organization for the classical music elite, including Lillian Evanti, a lyric soprano well known in Europe.  Because of her race Evanti had been repeatedly rejected by the Metropolitan Opera in New York City but she sang the lead role in the National Negro Opera Company’s 1943 production of La Traviata.

The NNOC was not the first black opera company in existence, as several other companies had been established during the late 19th and early 20th centuries, however, these companies did not enjoy the NNOC’s longevity. As the NNOC’s popularity grew, in 1942 Cardwell Dawson and her husband moved to Washington, D.C., establishing a second NNOC chapter that performed with the original Pittsburgh chapter.  In 1945 the organization boasted active chapters in Chicago, Illinois, New York City, and Cleveland, Ohio.

Despite its success, the NNOC was plagued by financial woes.  Performance schedules were determined by the amount of capital raised prior to each season.  In July 1944 a Washington, D.C. rainstorm forced the cancellation of two shows, after which angry patrons caravanned to Cardwell Dawson’s home, demanding refunds. Cardwell Dawson obliged, issued each refund, and increased the NNOC’s fiscal burdens.  Cardwell Dawson could not pay musicians, stagehands, or provide her own salary, driving the organization deeper into debt.

Despite these difficulties, Cardwell Dawson remained a revered musician and continued to provide opportunities to young black artists through the NNOC.  In 1955 the NNOC broke a racial barrier by becoming the first independent company and the first African American company to perform at the Metropolitan Opera House.

President John F. Kennedy appointed Cardwell Dawson to the National Music Committee in 1961; however, she died of a heart attack in 1962, and the NNOC disbanded shortly after her death.  The NNOC left a lasting legacy for black musicians training artists such as Robert McFerrin Sr., father of jazz musician Bobby McFerrin.

In 2007 the NNOC’s first home was designated a historic landmark by the Pennsylvania Historical and Museum Commission, and was the subject of an Emmy-nominated documentary featured on Pittsburgh’s public television network.  The National Negro Opera Company collection is housed at the Library of Congress in Washington, D.C.