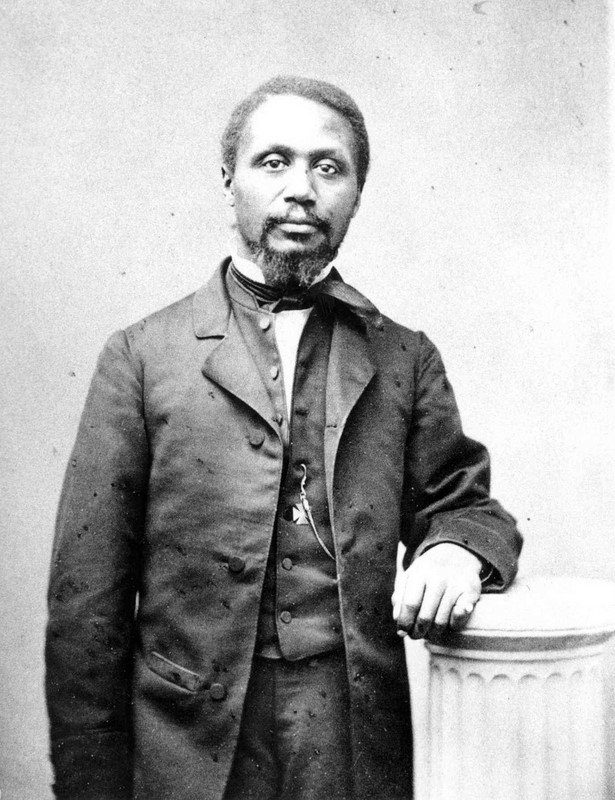 Robert Morris became one of the first black lawyers in United States after being admitted to the Massachusetts bar in 1847. Morris was born in Salem, Massachusetts on June 8, 1823.   At an early age, Morris had some formal education at Master Dodge’s School in Salem.  With the agreement of his family, he became the student of Ellis Gray Loring, a well known abolitionist and lawyer.

Shortly after starting his practice in Boston, Morris became the first black lawyer to file a lawsuit on behalf of a client in the history of the nation.  A jury ruled in favor of Morris’s client, though the details of the trial are unknown.  Morris, however, recorded his feelings and observations about his first jury trial:

“There was something in the courtroom that made me feel like a giant.  The courtroom was filled with colored people, and I could see, expressed on the faces of every one of them, a wish that I might win the first case that had ever been tried before a jury by a colored attorney in this county…”

Vehemently opposed to slavery, he worked with William Lloyd Garrison, Ellis Loring and Wendell Philips and others to oppose the Fugitive Slave Act of 1850.  On February 15, 1851 with the help of Lewis Hayden, Robert Morris managed to remove from the court house, newly arrested fugitive slave Shadrack and helped him to get to Canada and freedom. Arrests were made but Morris and the others were acquitted of the charges.

By the early 1850s, Robert Morris was appointed a justice of the peace and was admitted to practice before U.S. district courts.  He occasionally served as a magistrate in courts in Boston and nearby Chelsea, Massachusetts.  Although these were not high judicial offices, his service gave him the distinction of being the first African American to have exercised some judicial power.

With the Civil War began, Morris welcomed President Abraham Lincoln’s call for volunteers but objected to enlistment of African Americans unless they received fair and equal treatment and were offered positions as officers.  He helped in the recruitment of the 54th Massachusetts Infantry Regiment, the first officially sanctioned African American unit in the U.S. Army but he continued to speak out against discrimination against them and other black soldiers.