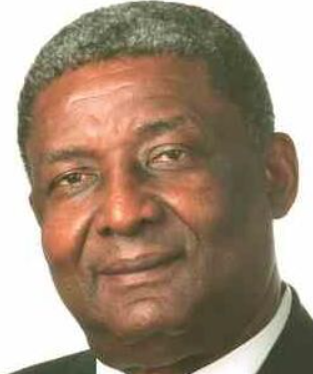 Joseph Neal, the first African American elected to the Nevada state senate, was born in Mounds, Louisiana on July 28, 1935. He attended Southern University in Baton Rouge, Louisiana and graduated in 1963 with a B.A. in political science and history as well as doing postgraduate work in law. He also graduated from the Institute of Applied Science in Chicago, Illinois. There he studied civil identification and criminal investigation.  From 1954 to 1958 Neal served in the United States Air Force and was honorably discharged. He moved to Las Vegas, Nevada in 1964.

Eight years later, in 1972, as a member of the Democratic party, Neal was elected to the Nevada State Senate. He was the first African American to be elected into that legislative body and he served there for 28 years from 1973-2001, making him the longest-serving senator in Nevada’s history.

Neal is a member of the Elks Lodge and in 1992 received the Elijah Lovejoy Award from the Elks Grand Lodge. Other recipients of the award include Rev. Martin Luther King, Jr. and U.S. Supreme Court Justice Thurgood Marshall. Neal is also a member of the Clark County and Nevada State Democratic Central Committee. He is also a lifelong member of Phi Beta Sigma Fraternity. He was married to Estelle DeConge for 32 years before she passed away from breast cancer. He is a father of five, and his daughter Dina Neal is currently a Nevada assemblywoman. A Las Vegas elementary school is named after him.