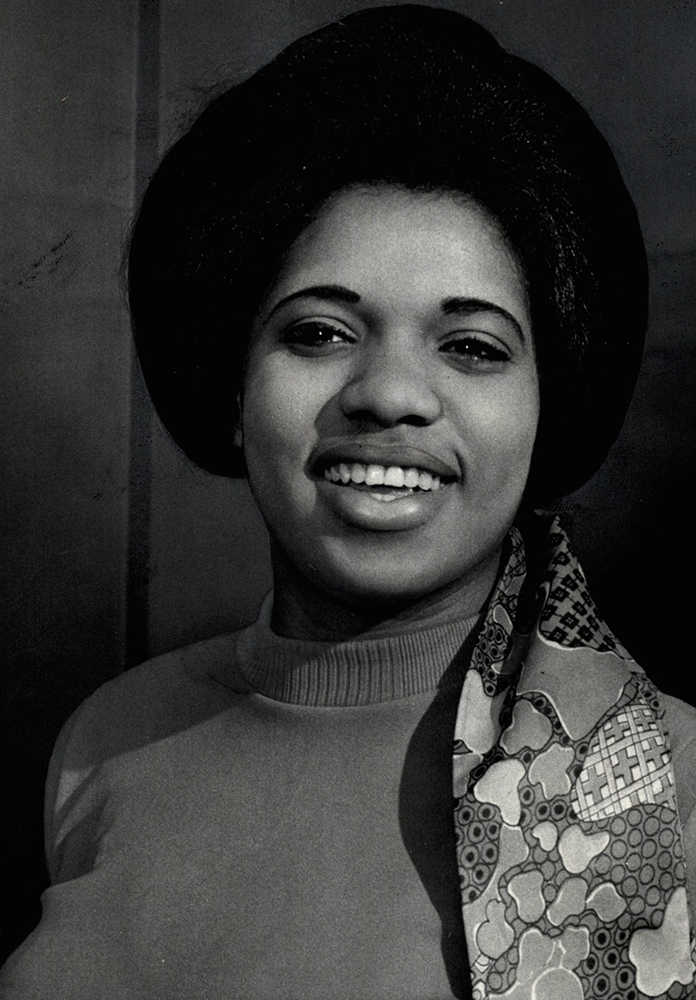 Leona Mitchell is an operatic soprano singer who was the lead soprano singer for the Metropolitan Opera in New York City, New York for eighteen years. She is also a Grammy Award winner for the Best Opera Recording in 1977.

Mitchell was born on October 13, 1949 in Enid, Oklahoma, which was founded during the 1893 Land Rush in the former Cherokee Outlet. Mitchell is of mixed racial descent as she is both African-American and Chickasaw. She is the tenth of fifteen children born to Reverend Dr. Hulon Mitchell and Dr. Pearl Mitchell, who encouraged Leona’s involvement with music early on in her life. Although Leona’s mother eventually went back to school after the birth of her children to become a nurse, she was also a pianist, bringing music into the lives of her children. Leona got her start in music when she sang in the Antioch Church of God in Christ’s choir in Enid, where her father was a minister. Mitchell has also been formally educated in music, first obtaining her Bachelor of Arts in music from the University of Oklahoma then going additional training at the prestigious Juilliard School of Music in New York City.

After college, Mitchell’s opera career began when she debuted in Georges Bizet’s Carmen in 1973 with the San Francisco (California) Opera in the role of Micaela. She made her debut in the same role with the New York City Metropolitan Opera in December of 1975. Mitchell would go on to open with the Metropolitan Opera for eighteen years. In 1977, Mitchell began to gain widespread attention for her role of Bess in George Gershwin’s Porgy and Bess with the Cleveland (Ohio) Orchestra, the recording for which earned Mitchell a Grammy for Best Opera Recording for that year. Mitchell has since performed for U.S. Presidents Gerald Ford, Jimmy Carter, Ronald Reagan and Bill Clinton and at major opera houses in the United States and around the world. She has also often been featured on television shows like Good Morning America and CBS Nightwatch, and on television tributes like her televised ABC performance for the 100th anniversary of the Statue of Liberty in 1986.

Mitchell has been widely recognized for her success in opera, particularly in her home state of Oklahoma. In Enid, her hometown, there is a Leona Mitchell Boulevard named after her as well as the Leona Mitchell Southern Heights Heritage Center and Museum dedicated to preserving the heritage of ethnic citizens of the Five Tribes. In 1983, she was inducted into the Oklahoma Women’s Hall of Fame and was since inducted into the Oklahoma Music Hall of Fame and the Oklahoma Hall of Fame in 2001 and 2004 respectively. Mitchell married Elmer Bush III in 1979 and the couple stayed together until Bush’s death in 2014 from prostate cancer. They had one son together, Elmer Bush IV.