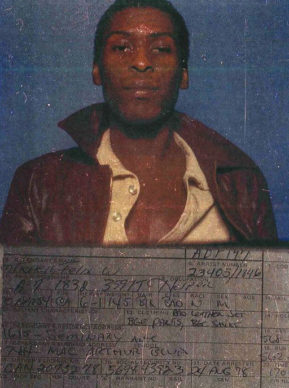 Felix Wayne Mitchell, also known as Felix the Cat, was a notorious drug kingpin operating in Oakland, California who headed the criminal organization known as the “69 Mob.”  Born on August 23, 1954 in East Oakland, California, Mitchell began a life of crime early.  While still a teen, he created a network of criminals and nicknamed them the “69 Mob.”  The crew expanded rapidly, creating a drug empire focused primarily on the sale of heroin that encompassed not only Oakland but surrounding Bay Areas cities.  His success did not go unnoticed; his network continued expanding and began including kingpins from Los Angeles and Detroit, Michigan.

Mitchell’s success, however, was not without difficulties.  He faced opposition from Mickey Moore and his associated criminal family in addition to the Funktown USA gang led by Harvey Whisenton over control of the East Bay heroin market.  Nonetheless, his drug business was incredibly successful, and it was estimated Mitchell was earning anywhere between $400,000 and $1 million per month.  With his drug wealth, Felix Mitchell lived lavishly, throwing parties, buying expensive cars, and purchasing fancy clothing.  Additionally, he shared his income with local youth and community programs.  Consequently, Mitchell quickly became a local folk hero.

In order to maintain control over their turf, the 69 Mob utilized many techniques that have now become the basis of the modern drug trade.  These techniques included the use of children as delivery agents and spotters along with drive-by shootings to punish both their enemies and disobedient clients.  By the 1980s, Mitchell’s heroin empire had grown to epic proportions and was the continued target of many attacks.  Conflict was unavoidable and violence became part of their standard operations.

Given his high profile, Mitchell, not surprisingly became the target of local authorities. In 1985, Oakland Police captured and arrested Mitchell.  He was then tried, convicted, and sentenced to life in prison.  A year later on August 21, 1986 at Leavenworth Penitentiary, a fellow inmate murdered Mitchell.  Mitchell died two days before his 32nd birthday.  Felix Mitchell’s funeral followed over a week later on August 29, 1986.  The amount of money spent and the incredible number of onlookers garnered national attention.  The funeral procession which included four Rolls Royces, multiple limousines, a horse-drawn carriage, and a $6,000 coffin was viewed by an estimated eight thousand mourners along the route.  Many law enforcement supporters used the event as proof of the significant impact drugs were having on the country and particularly on vulnerable impoverished neighborhoods in cities like Oakland.

Mitchell’s incarceration and death did not lead to the destruction of the heroin industry.  Rather, both the level and scope of crime and the volume of drugs on the streets of Oakland and other East Bay communities increased heavily after his funeral.  This became known as the “Felix Mitchell Paradox”.  Without Mitchell maintaining control over the market, it quickly spun out of control and resulted in even greater growth and more violence.