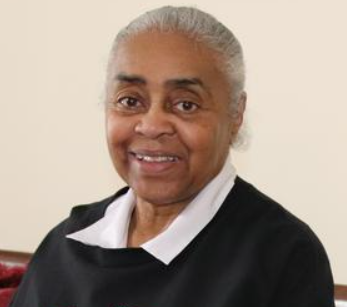 Minnie Forbes is one of a handful of women to own a Negro League Baseball Team. Forbes owned the Detroit Stars team from 1956 to 1958.

Forbes was born in Mississippi in 1932, and in 1945, her family moved to Grand Rapids, Michigan to live with her Uncle, Ted Rasberry who was a player in the Negro Leagues, and later became an owner of several teams. By the age of eighteen, Forbes was secretary for her uncle and his team, the Grand Rapids Black Sox, and she soon began booking games and selling tickets as well. Forbes often traveled with the team and saw the challenges the players faced. They often had to sleep on the bus, and had a hard time getting food to eat, due to racial discrimination even in Northern states. She recalled often having to go to the back door of an establishment to get food for the team.

Forbes also played softball for the Grand Rapids Chicks, an all-Black women’s team. Rasberry once put Forbes on third base for the Black Sox in a home game against the Kansas City Monarchs to help sell tickets. In 1956 Rasberry asked Forbes, then 24, if she would like to become a team owner. Forbes thought he was joking but the two continued to talk about the prospects. She later signed a contract that year to take control of the Detroit Stars partly because Rasberry who had purchased the Kansas City Monarchs, was not allowed to own two teams. She remained owner of the Detroit Stars for two years before selling the team. She then went to work for Jacobson’s stores in Grand Rapids and remained there for thirty-nine years before retiring in 1997.

Forbes and other surviving Negro League players and owners were honored at a White House ceremony by then-President Barack Obama in August 2013.