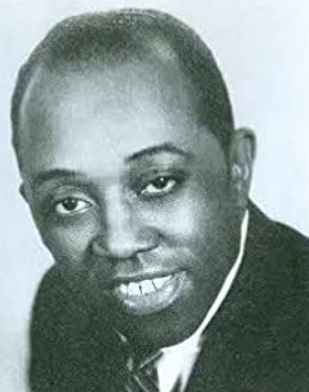 Ted Rasberry was a player and team owner in the Negro Baseball Leagues. Rasberry was born on October 8, 1913, in West Point, Mississippi, and in his youth, played basketball, baseball and football. He attended Mississippi Industrial College and graduated with a degree in teaching in 1933. Rasberry returned to his hometown to teach sixth, seventh and eighth grades at Hopewell-Cedar Bluff School. While there he formed a local baseball club called Rasberry’s Quick Steppers.

Rasberry tried to enter his team into the Negro American League but was rejected due to Grand Rapids small black population. In 1953 Rasberry purchased an Indianapolis team and moved them to Detroit, renaming the team the Detroit Stars. Rasberry briefly renamed the Stars the Goose Tatum’s Detroit Clowns, hoping to capitalize on the reputation of a legendary Negro League and Harlem Globetrotter star player, before returning to the Detroit Stars name later in 1953. The team kept the Detroit Stars name until it disbanded in 1958. He reapplied to the Negro American League in 1953 and this time was accepted. He then purchased the Kansas City Monarchs in 1956, but the League would not allow Rasberry to own two teams. Rasberry sold the Detroit Stars to his niece and secretary, Minnie Forbes, who owned the team from 1956 to 1958.

Rasberry was elected president of the Negro American League in 1955 and was owner of the Harlem Satellites Barnstorming Basketball Team from 1956 to 1958. Rasberry was also booking agent for the Harlem Magicians and Harlem Travelers barnstorming basketball teams.

After retiring from sports team ownership in 1958, Rasberry became a respected black community leader in Grand Rapids and was active in many local anti-poverty efforts. In 1965, he established an inner-city little league program that had more than 350 local young athletes. The league was the first racially integrated little league program in Grand Rapids. Raspberry stayed in active with the league until it disbanded in 1974. He was also an active Mason and Elk and was a member of the NAACP Youth Council, the Urban League, and a Negro League Baseball Museum Board Member. A high school baseball park at 101 Sheldon Avenue in Grand Rapids was renamed “Ted Rasberry Field” in 2000.

Ted Rasberry had a heart attack in February of 2001 and died in hospice on April 17, 2001 at the age of 87. In July 2011 and June 2019 games, the West Michigan Whitecaps wore the vintage uniforms of the Black Sox. Henry Saverson, the sole living survivor of the Black Sox team was in attendance and honored at the game.