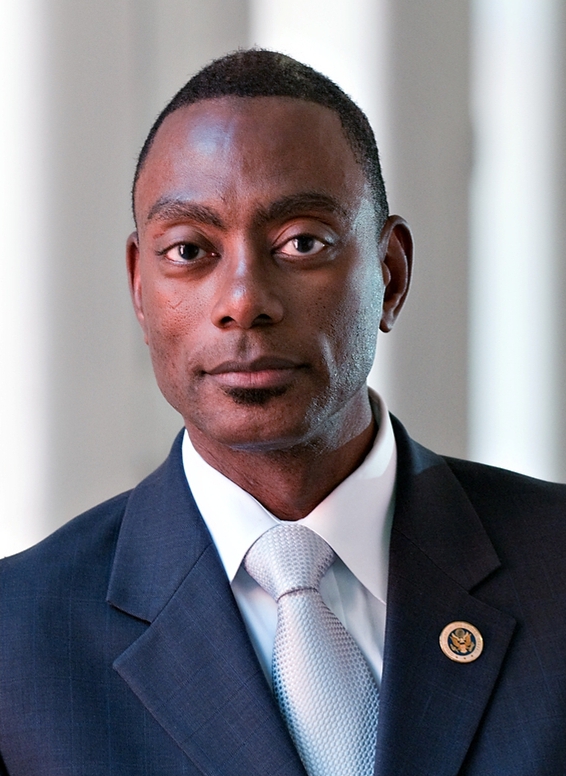 On December 1, 2005, Mark Mallory was sworn in as the first black mayor elected by popular vote in Cincinnati, Ohio.  Three other black mayors preceded him but were chosen by the City Council. He served in that position until December 1, 2013.  Born on April 2, 1962, and raised on the West End of Cincinnati, Mallory attended high school at the city’s Academy of Math and Science and earned a BS in administrative management from the University of Cincinnati in 1984. Before becoming Mayor of Cincinnati, Mallory replaced his father, William L. Mallory Sr., in 1994 in the Ohio General Assembly.  In 1998 Mark Mallory was elected to the Ohio Senate eventually becoming the assistant minority leader.

While serving in the Ohio Legislature, Mallory, a Democrat, worked hard to cut across political party lines and build relationships that helped him pass more legislation than any other black member of the Legislature during that period.  Mallory also chaired the Correctional Institution Inspection Committee that sought to reform the Ohio Prison System.  In 2004, Mallory was the only Southwest Ohio delegate to vote against controversial legislation to ban same-sex marriages.

In 2005 Mallory resigned his seat in the State Senate to begin his successful campaign for mayor, defeating fellow Democrat David Pepper, son of the former chief executive officer of Proctor & Gamble, a leading city employer. As mayor of Cincinnati, Mallory continued his efforts at bipartisanship while addressing much needed reform in a city considered a center of political conservatism that had been long dominated by Republicans.  In his first two weeks in office, Mallory led the City Council in passing a budget supported by Democrats and Republicans. The budget placed more police officers on the streets, supported a new firefighter recruit class, funded local arts, and invested in neighborhood improvements all while cutting property taxes.  Mallory also called for more support for environmental issues and improvements in public transportation.  After visiting Portland, Oregon, and observing that city’s MAX-Rail system, he called for a similar system for Cincinnati.  Mallory was elected to a second term on November 3, 2009.  In 2013 he was one of nine big-city mayors who established July 15 as Social Media Giving Day which encouraged citizens to support their favorite charities through social media.

Mark Mallory did not seek reelection and stepped down from his post as mayor of Cincinnati on December 1, 2013 after serving two terms in that office.