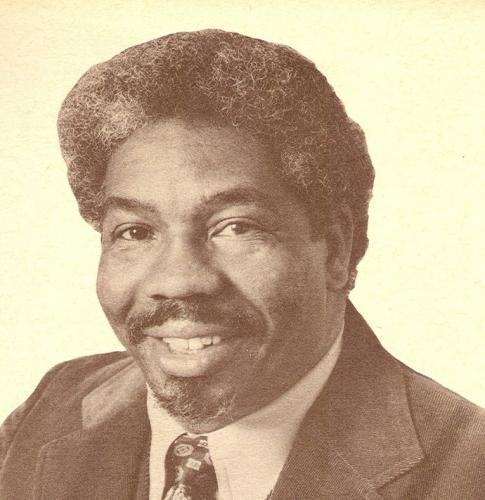 Nate Long was a filmmaker, television producer, director, stuntman, actor and teacher who worked both in Hollywood and the Pacific Northwest. Long was born in Philadelphia in 1930.  He joined the Air Force, became a military policeman and completed his service at Paine Field near Everett, Washington in 1965. While in the Air Force he earned a black belt in judo. Long then taught judo and karate to inner-city children through Seattle’s Central Area Motivation Project, his first post-military job.

Long also produced two award-winning television series videotaped in the Pacific Northwest.  The first was South by Northwest, produced in 1974-75 and the sequel The Second Time Around aired in 1979.  Both series, funded by the U.S. government, chronicled the lives of African American settlers in the Pacific Northwest and was funded by the federal government.  South by Northwest was one of the first productions to use videotape to record exterior scenes.

The series aired on PBS and more than 80 commercial stations nationwide in 1975.  It earned the Corporation for Public Broadcasting Award (CBEA) in 1975 and the New York Film Festival Award in 1976.  The series also starred nationally recognized African-American actors Esther Rolle, Denise Nicholas, Rosalind Cash, Bernie Casey, Vonetta McGee, and John Amos, among others.

While working on the Pacific Northwest documentaries, Long also developed a career in Hollywood.  By the early 1970s he became one of the early African American second unit (assistant) directors in the motion picture industry.  His second unit director credits included The Slams (1973), Mr. Billion (aka The Windfall) (1977) and Over the Edge (1979).  In 1982 he worked on the feature film Tex, thus becoming the first African American selected to be second unit director for a Walt Disney film.

Long performed stunts in Tex, Mr. Billion, and The Slams, as well as Hit Man (1972), Truck Turner (1974), and White Line Fever (1975). He was stunt coordinator for Tex and White Line Fever. Nate Long was a member of the Directors Guild of America, the Academy of Television Arts and Sciences, the Association of Black Motion Picture and Television Producers, and the Alliance of Black Entertainment Technicians.

In 1985, Long returned to the Pacific Northwest where he designed and implemented the first two-year film program at Seattle Central Community College.  He directed the program until 1995.  Long later established and managed similar media programs at Texas Southern University and Texas A&M University.

Nate Long died of leukemia in the Veterans Administration Hospital in Los Angeles on November 14, 2002.