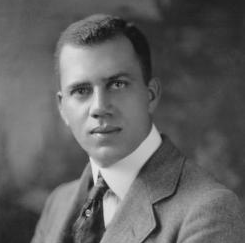 Julian H. Lewis
Fair use image
This entry is sponsored by Meta Maxwell

An accomplished scientist, physician, and educator, Dr. Julian Herman Lewis challenged racism in the American medical and scientific communities in his prominent 1942 text Biology of the Negro. Drawing on his background as both a doctor and as a recipient of a Ph.D. in physiology and pathology, Lewis demonstrated that claims of black racial inferiority had no basis in biology. In addition to his seminal 1942 publication, Lewis also enjoyed a long and successful career as a researcher and community activist.

Born in Shawneetown, Illinois on May 26, 1891, Lewis came from a family of educators. His father, John C. Lewis, who had been enslaved in rural Kentucky as a child, met his mother, Cordelia Scott, while both were attending Berea College. The couple became public school teachers and administrators in Cairo, Illinois with their children, Lewis and his two younger sisters.

Lewis attended the University of Illinois, graduating Phi Beta Kappa with a B.S. in 1911. In 1915, he completed a Ph.D. in physiology and pathology at the University of Chicago, earning the institution’s Ricketts Prize for research in pathology. In addition, The Journal of Infectious Diseases published his dissertation findings. In 1917, Lewis finished medical school, earning a degree from Rush University. He is likely the first African American to hold an MD and a Ph.D.

In 1918, Lewis married Eva Overton, whose father, Anthony Overton, was the first African American to own a major conglomerate. The couple had three children, Gloria, Julian, and John.

Soon after receiving his MD, Lewis began teaching at the University of Chicago, the school’s first black faculty member. His career at the University would last three decades, with Lewis eventually holding the position of Associate Professor in the Department of Pathology. One of his primary areas of study was the evolution of human blood types, with a particular emphasis on how the blood types of African Americans had been shaped by interactions with other groups, including European Americans. Lewis’ insights were part of a broader body of research aimed at challenging the very idea of race and its perceived permanence as a biological and/or social category.

In his best-known work, Biology of the Negro, Lewis presented extensive and detailed evidence debunking racist notions that linked supposed black inferiority to biology. The text also contained information on the prevalence and manifestation of various diseases in the African American community including malaria and heart disease. Owing to his extensive research and publications in this area, Lewis is sometimes referred to as the “Father of Anthropathology,” or the study of racial differences in the expression of disease.

Lewis earned many honors and awards throughout his distinguished career. During his time as a student, he was inducted into Sigma Xi, Phi Beta Kappa, and Alpha Omega Alpha. In 1926, he received a John Simon Guggenheim Memorial Foundation fellowship for study abroad in Switzerland. Life and Time magazine also featured his research.

In 1943, Lewis accepted a position at Provident Hospital in Chicago, the first black-owned and operated hospital in the United States. Scholars of his life have concluded that he was forced to leave the University of Chicago because of both his research and his race. He later worked as a researcher for the U.S. military where he advocated increasing foreign aid to Ethiopia, and as Director of Pathology at Our Lady of Mercy Hospital in Dyer, Indiana. A well-known mentor, Lewis supported other African Americans at the University of Chicago, including the internationally renowned dancer and choreographer Katherine Dunham.