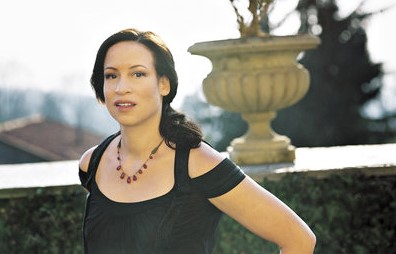 Expatriate novelist, journalist, and memoirist Andrea Lee was raised in a well-to-do African American family in Philadelphia, Pennsylvania.  The youngest of three children, her father was a Baptist minister and her mother an elementary school teacher.  The product of private school education, she recalls both writing fiction and desiring to live in Europe since childhood. Her privileged upbringing did not completely shelter her from discomfiting incidents in racially integrated schools which led her to revisit issues pertaining to racial and national identity in later writings.

Upon earning her bachelor’s and master’s degrees in English at Harvard University’s Radcliffe College she, along with her first husband, spent 10 months in the Soviet Union in 1978 and 1979, during which time she recorded in her diary impressions of the citizens of Moscow and Leningrad.  Her astute observations and empathetic commentary on Soviet society and institutions formed the basis of her first book, the memoir Russian Journal, ublished by Random House in 1981. The book met with critical acclaim, receiving a nomination for the National Book Award and winning the Jean Stein Award from the American Academy and Institute of Arts and Letters.

Returning to the United States, Lee was employed for several years as a staff writer for the New Yorker.  She also contributed literary and nonfiction pieces to the New York Times, Vogue, Time, Gourmet, Allure, W, House & Garden, and the Oxford American.  Her first novel, the semi-autobiographical Sarah Phillips, debuted in 1984.  Like the author herself, the titular central character Sarah grows up in Philadelphia living in two distinct worlds where race and class are paramount.  Her parents are likewise a minister and a school teacher and she attends similar elite schools.  She too eventually finds herself adrift in Europe, still unwilling or incapable of identifying closely with African Americans and, though nearly completely assimilated into the dominant culture, feels empty and alienated, largely the result of unfulfilling, unhappy experiences with both blacks and whites at home and abroad.

There was quite a long wait for Lee’s next book of fiction, Interesting Women: Stories (2002), a collection of 13 short stories about black women, many set in foreign countries, particularly Italy.  As in Russian Journal where only once did Lee indirectly reveal her race, several stories have protagonists whose race is not divulged, as if to deliberately minimize the primacy of race in their lives, or perhaps to offer a post-Civil Rights Movement era vision of how things ought to be.  The novel Lost Hearts in Italy (2006), set in the US and Italy, parallels an earlier phase of Lee’s past as the main characters, a black female and a white male, commence a romance at Harvard that later unravels in Europe.

Lee once stated in an interview: “What I like to investigate when I write is what people dream about. What fascinates me is fantasy, the dream of being away, the state of being foreign, of being apart.”  Married to an Italian and the mother of two children, Lee has resided in Turin, Italy since 1992 but frequently visits the US.